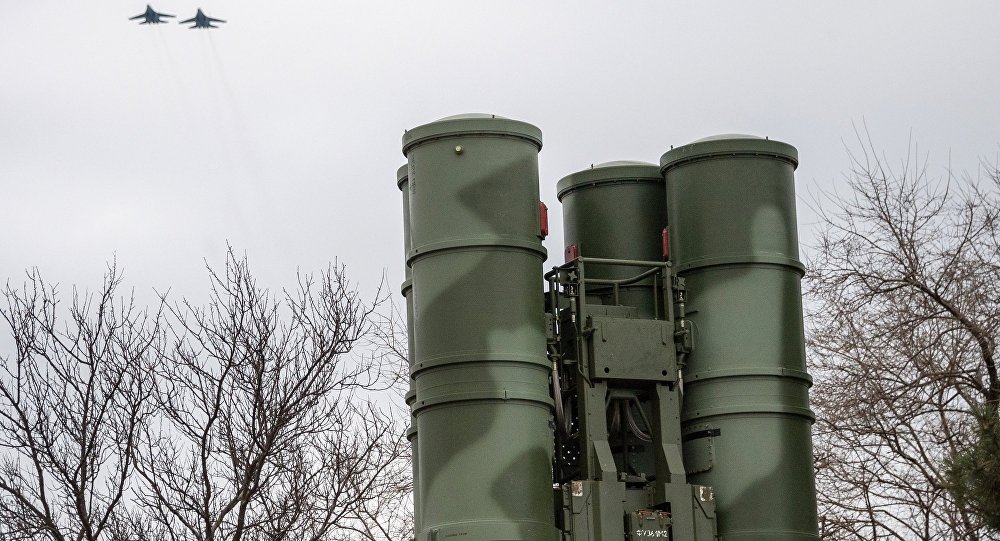 For over a year now, the United States has been trying to pressure Turkey into cancelling the deal to buy advanced Russian anti-aircraft systems, but Ankara appears willing to honour its commitment regardless.

"Should we not purchase the S-400s? We didn't have the means in the past," Soylu stated, as quoted by local news site Ahval.

"Not only did we not have money, we didn't have the power and the self-confidence, but today we have [both]. They could attack any location in Turkey with a long-range missile," he added, without going into further detail.

The S-400 is believed to be one the most advanced air defence systems in the world, capable of firing three different types of missiles at a short-to-extremely-long range. The system can tackle a variety of targets, including aircraft jammers, reconnaissance aircraft, cruise missiles and short-range ballistic missiles.

Russia is set to supply four S-400 batteries to Turkey, a NATO member, under a $2.5 billion deal, which had the United States up in arms. Washington is afraid that integrating the S-400s with NATO's wider air defence system would help Russia collect data about the alliance's air operations as well as its most advanced fighter jets.

Turkey, for its part, maintains that the upcoming purchase is meant to meet its defence needs and is directed neither at the United States nor NATO.

The Trump administration has repeatedly warned Turkey against buying Russian weapons, threatening it with sanctions under the Countering America's Adversaries Through Sanctions Act (CAATSA). Last week, US lawmakers introduced a piece of legislation urging the Turkish government to abandon its plans or lose the F-35, but Ankara has so far refused to cave in to the mounting pressure.

Turkish Defence Minister Hulusi Akar reassured that the S-400s would not be incorporated into any active NATO military systems, vowing that his country would go ahead with the purchase nevertheless.

Washington and Ankara are currently engaged in talks over the F-35 purchase, and Akar said this week that Turkey expected the programme to go ahead as planned, but added that the country was also preparing for sanctions under the CAATSA.

Meanwhile, Russia is scheduled to start shipping its missile systems to Turkey in July. Reports surfaced in US media on Tuesday that as the deliveries loom large, US officials gave Turkey a two-week ultimatum to scrap the Russia deal. Turkish officials, however, were quick to dismiss the speculation.