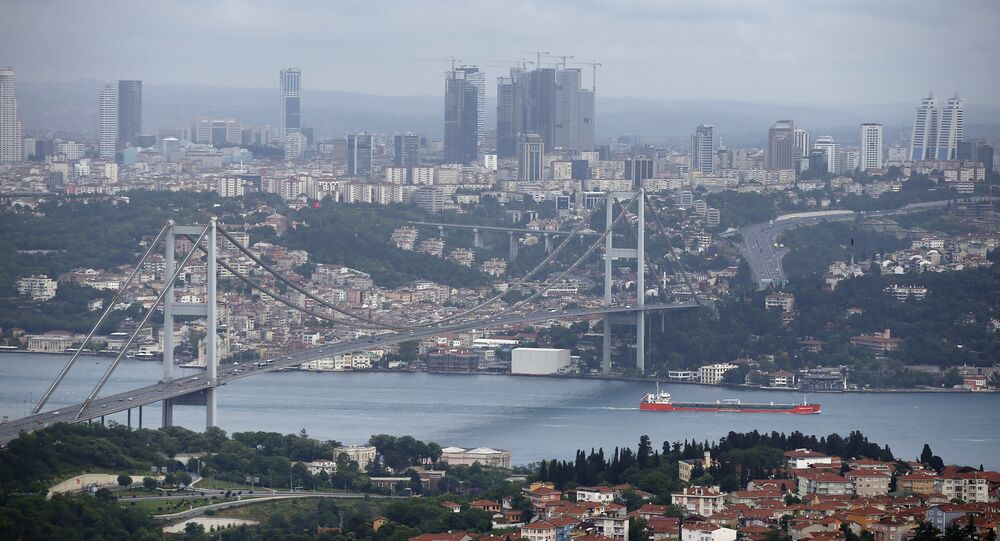 MOSCOW (Sputnik) – Six Russian sailors who had been trapped on board the Streamline vessel in Istanbul for almost a year, came ashore and left for Russia, the Russian consulate general has said.

"Six Russian sailors, which were practically held in captivity for almost a year on board the Streamline dry cargo vessel, were finally able to go ashore and go back home on 24 May. They became victims in a legal battle between two Turkish entities claiming the vessel," the consulate general wrote on Facebook.

The consulate general added that the situation on the ship sharply worsened several weeks ago when the Akca Shipping company, which employed them back in June 2018, and its contractor, Gondol Marine, ceased providing any services to the crew and the vessel, leaving the sailors without drinking water, food or medical assistance.

YouTube
Talks With Pirates May Start Soon After Russian Sailors Abduction - Ship Owner
Moreover, Akca Shipping refused to pay salaries to the seamen and cover their costs for traveling home.

The consulate general criticized the company, saying that Russian sailors should think twice before agreeing to work for the company, and suggesting that trade unions should look into its activities.

The statement also noted the role the Russian consulate general and the Istanbul authorities played in releasing the sailors.

The crew captain, Bakhman Bagirov, who returned to Russia in early April, has said that Akca Shipping owed $140,000 in wages to the crew. The first court hearing on Akca Shipping’s complaint against the arrest was held earlier this year.