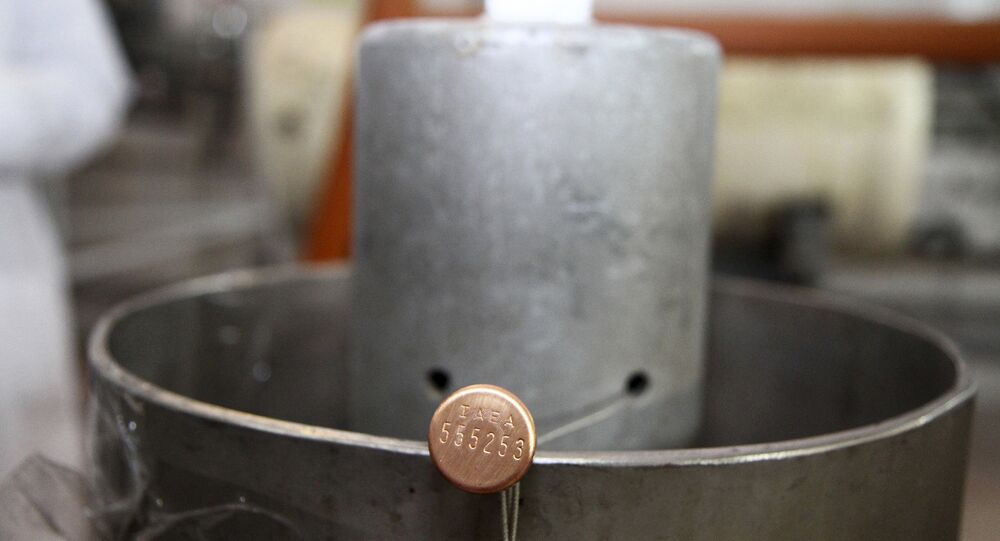 Russia hopes that an escalation around the so-called Iran nuclear deal can be avoided so that Tehran can continue to respect its commitments under the Joint Comprehensive Plan of Action (JCPOA), the Russian Foreign Ministry stated on Tuesday.

Production of low-enriched uranium by Iran is increasing under the control of the International Atomic Energy Agency (IAEA), the Russian Foreign Ministry said, adding that this is not a violation of the Joint Comprehensive Plan of Action, known as the Iran nuclear deal.

"It is highly important that this work [increasing production of low-enriched uranium] is carried out under strict IAEA control. That is not a problem in terms of Iran's compliance with the Joint Comprehensive Plan of Action", the Foreign Ministry said in a statement.

According to the ministry, all the established procedures were followed.

"The IAEA was warned in advance about the upcoming changes. All the established procedures were followed. Even by increasing production, Iran remains within the framework specified in the JCPOA", the Russian Foreign Ministry stated.

The Foreign Ministry continued by saying that Moscow hopes that escalation around the Iran nuclear deal can be avoided and that Tehran will continue to respect its commitments under the Joint Comprehensive Plan of Action (JCPOA).

"We hope that further escalation will be avoided. Much depends on our European colleagues and their ability to respond appropriately to Iran's concerns, creating conditions for maintaining trade and economic relations with Iran by interested European companies. We also hope that Iran will refrain from further steps on suspending implementation of its obligations under the JCPOA while common work is ongoing", the statement said.

The statement comes a day after the Tasnim news agency reported, citing spokesman of the Atomic Energy Organisation of Iran Behrouz Kamalvandi, the Iranian Supreme National Security Council had decided that Tehran would increase its production of low enriched uranium fourfold starting from 20 May.

© REUTERS / Joshua Roberts
"Crazy POTUS": Iranian Official Savages Trump's 'Self-Contradictory' Messages
On 8 May, one year after the US’ abrupt withdrawal from the JCPOA, Tehran announced its decision to suspend some of the obligations under the nuclear agreement. On the same day, Iran gave nuclear deal signatories — France, Germany, the United Kingdom, Russia, China and the European Union — an ultimatum, saying that it would step up uranium enrichment in 60 days if they did not shield Tehran from sanctions imposed by the United States after Washington quit the accord last year.

According to Tehran, these measures were taken in response to Washington violating the JCPOA.

The JCPOA specifies that Tehran is limited to keeping 300 kilograms of uranium enriched up to 3.67 percent. As part of the Iran deal, Tehran is allowed to trade any enriched uranium above that threshold on international markets in exchange for natural uranium.