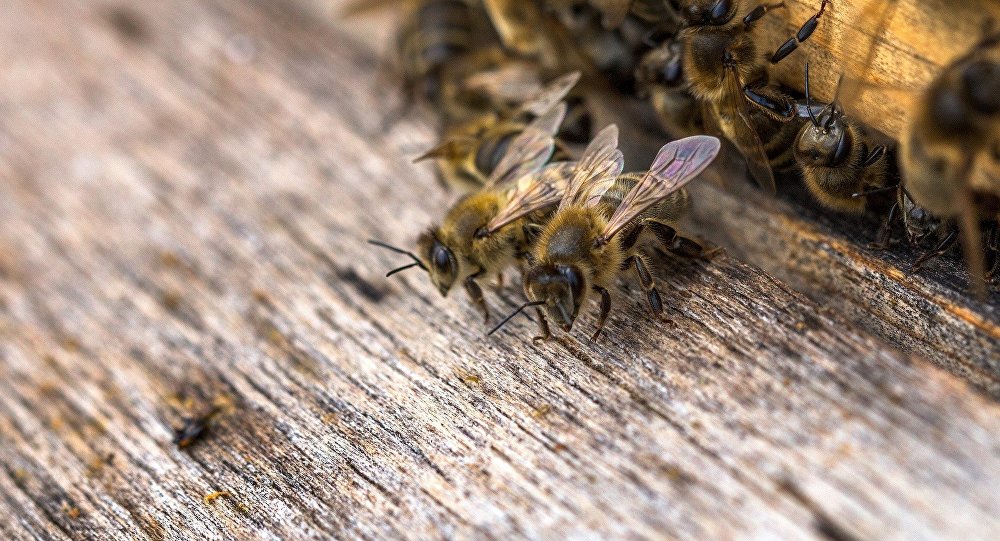 On 20 May, World Bee Day is celebrated around the globe. Sputnik has discussed the mass extinction of bees in Mexico with Alfonso Cestelos Sanz, director of the beekeeping club Apicultura MX.

The death of more than 1.6 million bees in four years is a matter of concern for National Autonomous University of Mexico (UNAM) researchers who considered the situation as "apocalyptic".

Alfonso Cestelos Sanz has outlined several reasons why bees are dying off in Mexico:

• Varroatosis. This is a disease among honeybees caused by the Varroa mite. This insect enters the cells of the bees when they are still in the egg stage, lays eggs there and as it develops as a larva it damages the colony. So bee populations begin to be born underdeveloped, and when they reach adulthood, the mite stays in the abdomen sucking the hemolymph (liquid of insects similar to blood in mammals). This results in sick bees being drained by these parasites. They can kill a hive in a month and a half.

• Pesticides and herbicides. These chemicals used in agriculture can disorient bees when they collect floral nectar, causing them to get lost and end up dying. In addition, the amount of venom they contain is lethal to insects.

• Communication antennas. These devices disorient bees; therefore they fail to return home and end up dying.

According to the UN Food and Agriculture Organisation (FAO), of the 100 species of plants that provide 90% of food in 146 countries, 71 are pollinated by bees. About 80% of the species of plants and trees are fertilised by insects, including bees. Their extinction is a threat to food security.

"Pollination is the most important job that bees do. Without this fundamental thing we would have a great problem of food shortage. The great majority of the things we eat depend on their work. It's said that four years after they become extinct we will become extinct as well. If not for bees there would be no genetic diversity in plants, or in food", Cestelos Sanz explained.

To try to reverse the situation, it's been suggested to have honey plants at home.

According to the Head of Apicultura MX, transgenic products, such as soy which is also a honey plant, may also harm bees.