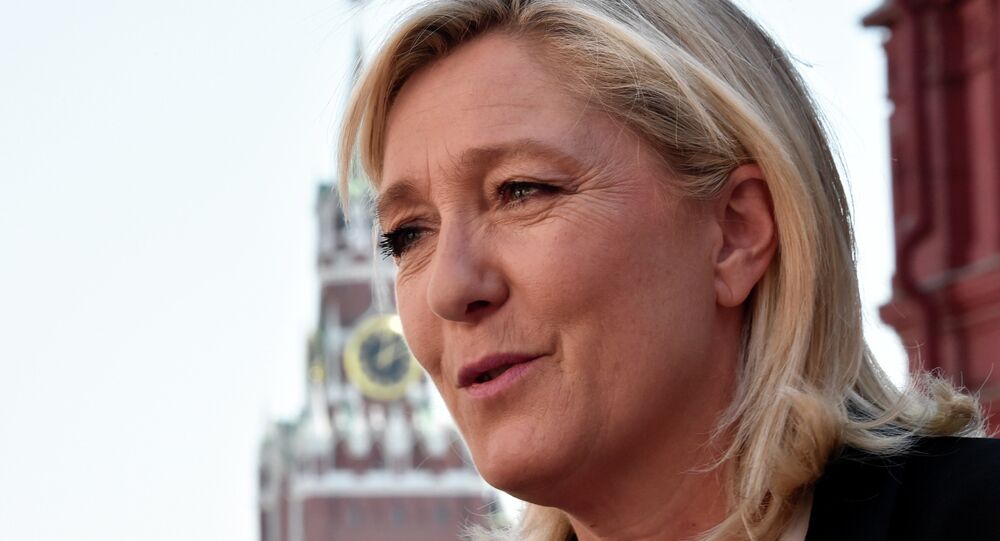 MILAN (Sputnik) - Europe has no reason to be hostile toward Moscow, and the normalisation of relations between European countries and Russia is in the interest of both sides, Marine Le Pen, a French politician and the leader of the National Rally party, told Sputnik.

"We [Europeans] have no reason to be in a state of hostility with Russia. We hope that there will be a normalisation [in relations between] European countries and Russia, because this is clearly in the interest of European countries, and in Russia's interests [as well], I think," Le Pen said.

Marine Le Pen has repeatedly called for maintaining peaceful relations with Russia and criticised EU sanctions agains Russia. Particularly, in March 2018, Le Pen stated that judging by her experience of working in the European Parliament, she believes that the European Union was "waging a cold war against Russia."

The rally in Milan brought together right-wing parties from across Europe, including the Alternative for Germany party, the Bulgarian Will party, the Dutch Party for Freedom, and the Czech Freedom and Direct Democracy Party, among many others.

From 23-26 May, the European Union will hold parliamentary elections. The new composition of the European Commission and its head will be determined based on the results of the vote.