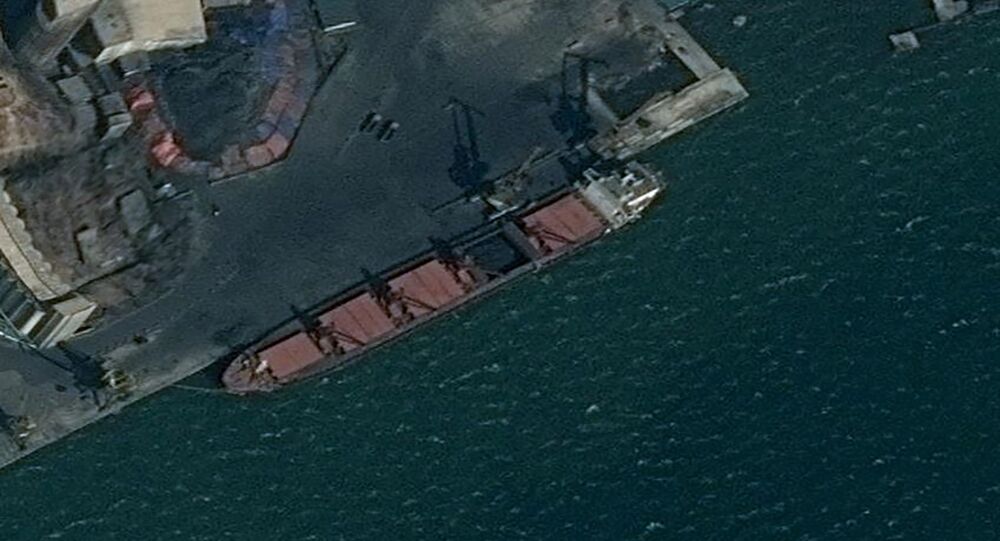 The US Justice Department on 9 May confirmed that US forces had detained a vessel that had allegedly been shipping coal from North Korea in violation of US sanctions and UN Security Council resolutions.

North Korea has complained to the United Nations about the recent seizure of its cargo ship by the United States in an "outrageous and unlawful" move, the DPRK's Korean Central News Agency said on Saturday.

"Mr. Secretary General, I address this letter to you with regard to the incident of dispossession of the cargo ship ‘Wise Honest' of the Democratic People's Republic of Korea (DPRK)," Kim Song, Pyongyang's permanent representative to the United Nations, wrote in a letter to UN chief Antonio Guterres.

"…This act of dispossession has clearly indicated that the United States is indeed a gangster country that does not care at all about international laws," he concluded, urging Guterres to take "urgent measures".

Earlier in May, the US government detained the North Korean bulk carrier Wise Honest and towed it to a port in American Samoa, claiming that the vessel had been illegally shipping coal from, and heavy machinery to, North Korea in violation of US and UN sanctions.

"Our Office uncovered North Korea's scheme to export tonnes of high-grade coal to foreign buyers by concealing the origin of their ship, the Wise Honest," the Justice Department said in a statement.

"This scheme not only allowed North Korea to evade sanctions, but the Wise Honest was also used to import heavy machinery to North Korea, helping expand North Korea's capabilities and continuing the cycle of sanctions evasion. With this seizure, we have significantly disrupted that cycle."

North Korea's Foreign Ministry lashed out at the US following the seizure, accusing Washington of giving up on their joint commitment to building new relations.

The United Nations and the US have subjected North Korea to numerous sanctions since its first nuclear test in 2006.

A period of rapprochement began in 2018, with Washington and Pyongyang engaging in denuclearisation talks. Donald Trump and Kim Jong-un held a summit in Singapore last June, which marked the first-ever meeting between a sitting US president and a North Korean leader. They expressed their commitment to the denuclearisation of the Korean Peninsula in a joint declaration, but issued no detailed road map for this goal.

Trump and Kim sat down for a second time in Hanoi, Vietnam in February, but this meeting ended up being far less successful. The talks stalled without any declaration or agreement after the parties failed to reach a consensus on what each of them was ready to give up in order to secure the deal.

North Korea then continued its weapons tests, launching a number of short-range missiles earlier this month. South Korean President Moon Jae-in said that the missiles were probably fired in a sign of protest against the United States after the botched Hanoi talks.