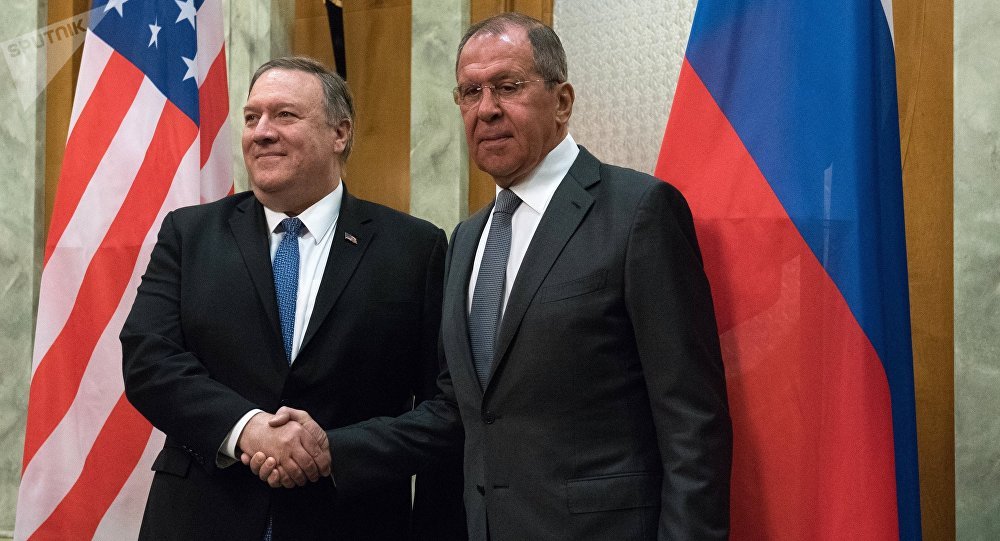 Pompeo cancelled his visit to Moscow scheduled to take place on 13 May in order to hold talks with European ministers in Brussels to discuss Iran, with his agenda for the top-level meeting in Sochi on Tuesday remaining unchanged.

Commenting on the upcoming negotiations with Russian President Vladimir Putin and Foreign Minister Sergei Lavrov in the southern city of Sochi, Pompeo tweeted that his meeting will highlight a number of important topics. "On some issues we may agree, on others we may disagree, but when it's in our national interests, it is our responsibility to find a way forward", he added.

The agenda of the talks, which are the first high-level meeting since the release of the Mueller report, includes bilateral ties as well as pressing international issues such as Iran, Venezuela, Syria, and arms control.

© REUTERS / Mandel Ngan/Pool
Russian FM Lavrov OPENS UP on Prospects for US-Russia Deal on Venezuela
Addressing the summit, Russian Presidential spokesman Dmitry Peskov said that relations between Moscow and Washington can only reach a new stage after talks between Putin and Trump.

This is the first official visit of Pompeo as the 70th US secretary of state to Russia. Previously, he held a meeting with Lavrov on the side-lines of the Arctic Council in Finland.