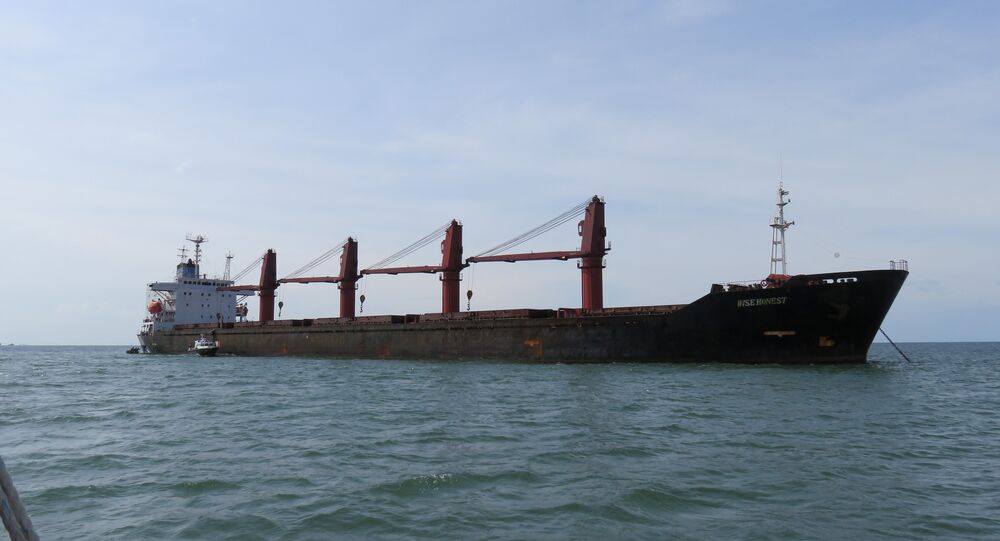 TOKYO (Sputnik) - The North Korean Foreign Ministry on Tuesday accused Washington of complete disregard of bilateral arrangements "to build new relations" following a recent seizure of a North Korean cargo ship by the US forces.

"Such attitude of the United States is a continuation of attempts to bring us to our knees with its 'maximum pressure' and completely ignores the basic spirit of the two countries' joint statement of June 12 [2018], which contains an agreement to build new relations between North Korea and the United States", the ministry said in a statement, published by the Korean Central News Agency.

© AP Photo / Ahn Young-joon
North Korea Fires 2 Suspected Short-Range Missiles – South Korean Military
Last week, the US Department of Justice said that the United States seized a vessel, known as Wise Honest, due to what it described as the breach of US and UN sanctions by engaging in illicit coal shipments.

Since 2018, North Korea has been engaged in denuclearisation talks with the United States. North Korean leader Kim Jong-un and US President Donald Trump expressed their commitment for the denuclearisation of the Korean Peninsula at their first bilateral meeting in Singapore last June.

The two leaders met for the second time in Vietnam in February. However, their talks abruptly finished without any declaration or agreement after the parties failed to reach a consensus on what each of them was ready to give up in order to secure the deal.

While Pyongyang has been seeking the lifting of the international sanctions, imposed on it due to North Korea's repeated weapons and nuclear tests, Washington has been insisting that Pyongyang should abandon its nuclear program.