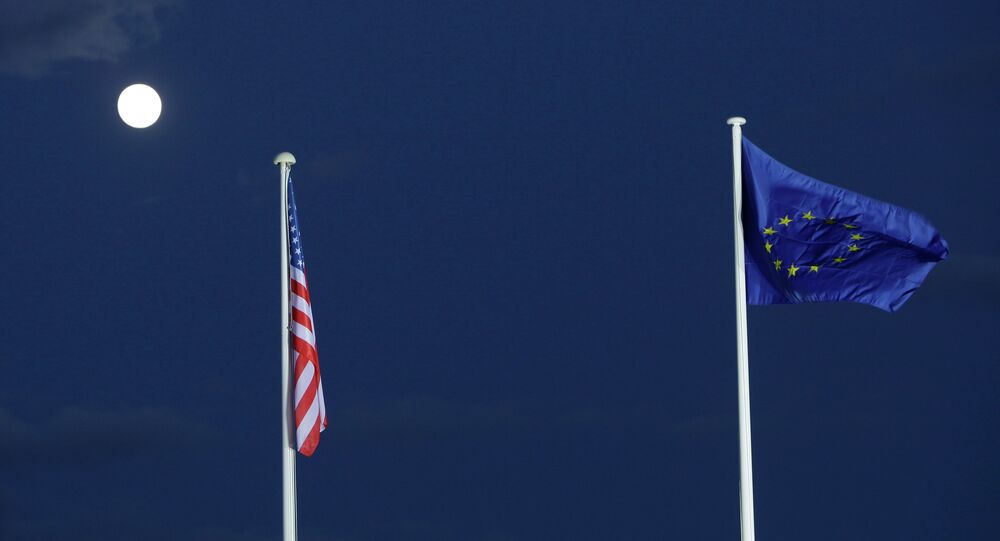 MADRID (Sputnik) - The US warned the European Union that the latter's defence plans jeopardise transatlantic integration of military industries and cooperation within the framework of NATO, El Pais newspaper reported, citing a letter of US Undersecretary of Defence for Acquisitions Ellen Lord to EU foreign policy chief Federica Mogherini.

The letter, obtained by El Pais newspaper, came after the European Parliament's vote in favor of allocating 13 billion euros ($14.6 billion) for the EU Defence Fund for the 2021-2027 period that took place in mid-April.

Moreover, Washington opposes EU Permanent Structured Cooperation (PESCO) initiative, under which the number of joint EU defence and security projects was doubled to 34 instead of previous 17, while participation of third countries in PESCO requires unanimous approval of all EU members.

The letter was addressed to European Commission Vice President Jyrki Katainen and European Parliament President Antonio Tajani as well, according to El Pais.

PESCO was established in 2018, and it aims to enhance EU military and defence cooperation. NATO Secretary General Jens Stoltenberg said that armament developed within PESCO should be available for NATO members as well.

Serbian Defence Minister: 'We Are Tired of EU, Not Going to Beg for Membership'

EU Focus Should be on Defence Union, Ties With Neighbours Over Next 5 Years - EC

There is No Need to Create EU Army - Swedish Defence Minister