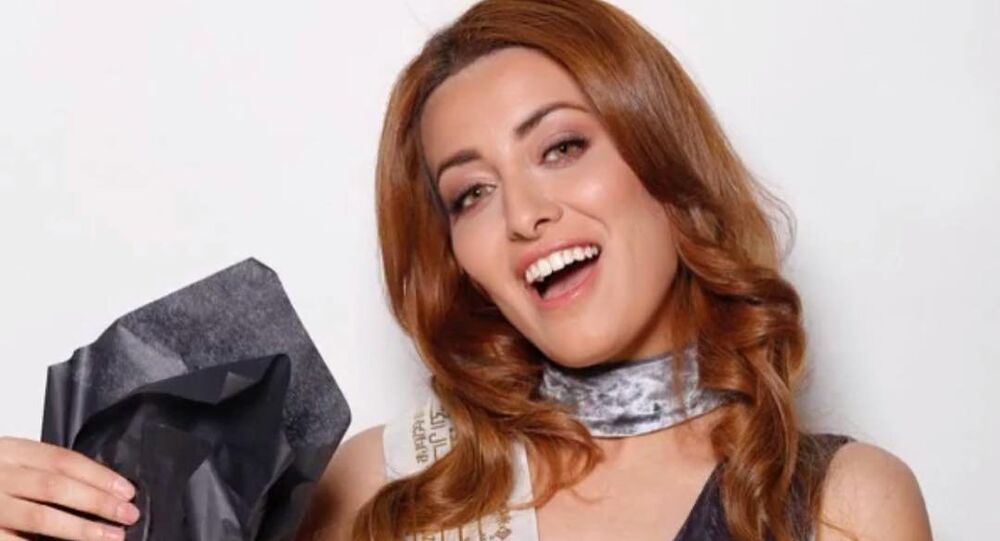 The decision to hold the 2019 Eurovision in Tel Aviv has drawn a mixed public reaction, with some people sharing his pro-Palestinian sentiments, claiming that the contest should not take place in a land where oppression and discrimination are allegedly being perpetuated.

Former Miss Iraq Sarah Idan has spoken out against Roger Waters, the rock music icon who has called for a boycott of this year's edition of the Eurovision Song Contest in Israel.

"An artist has the power to inspire. Make sure you use your power for good and to bring people together," the beauty queen, who claimed the title in 2017, wrote in a reply tweet to a post mocking Roger Waters' latest rant against Eurovision.

The Pink Floyd founding father this week doubled down on his call to boycott the 2019 Eurovision, which is scheduled to kick off in Tel Aviv on Tuesday.

Waters recounted that BDS (boycott, divestiture and sanctions) founder Omar Barghouti had told him about a petition which demanded that the song contest "pull out of the finals in Tel Aviv" and was signed by thousands of Swiss people.

"136,000 of our Swiss brothers and sisters have signed and delivered a petition demanding that Eurovision pull out of the finals in Tel Aviv. I cannot tell you how much that has lightened my morning," he said.

A message from Roger: pic.twitter.com/wBJdms9peO

Waters is a vocal supporter of the BDS movement, a global campaign that accuses Israel of oppressing Palestinians and seeks to coerce the Jewish state into changing its approach towards Palestinians.

Israeli officials and a number of Western politicians, including Canadian Prime Minister Trudeau, allege that the movement is anti-Semitic.

In line with BDS cultural boycott policy, Waters has refused to perform in Israel and even asked a Pink Floyd tribute band to cancel their scheduled Israeli gig.

Last month, Roger Waters urged Madonna and other artists who are set to perform at 2019 Eurovision to scratch their plans, saying that "to perform in Israel is a lucrative gig but to do so serves to normalise the occupation, the apartheid, the ethnic cleansing, the incarceration of children, the slaughter of unarmed protesters… all that bad stuff".

After Tel Aviv was announced in 2018 as the next city to host the contest, plenty of artists have asked for the event to be relocated.

In September 2018, The Guardian printed a letter signed by some 140 artists (among them famous singers and musicians), who called for a boycott of the Eurovision if it is held in Israel.

Meanwhile, Jon Ola Sand, the EBU's Executive Supervisor of Eurovision, defended the choice of the city, saying that the contest should not be politicised. "Jerusalem hosted the event twice before [in 1979 and 1999] and in Tel Aviv, which has proven itself in hosting diverse cultural events, it will be much easier to deal with the issue of Shabbat", he said.