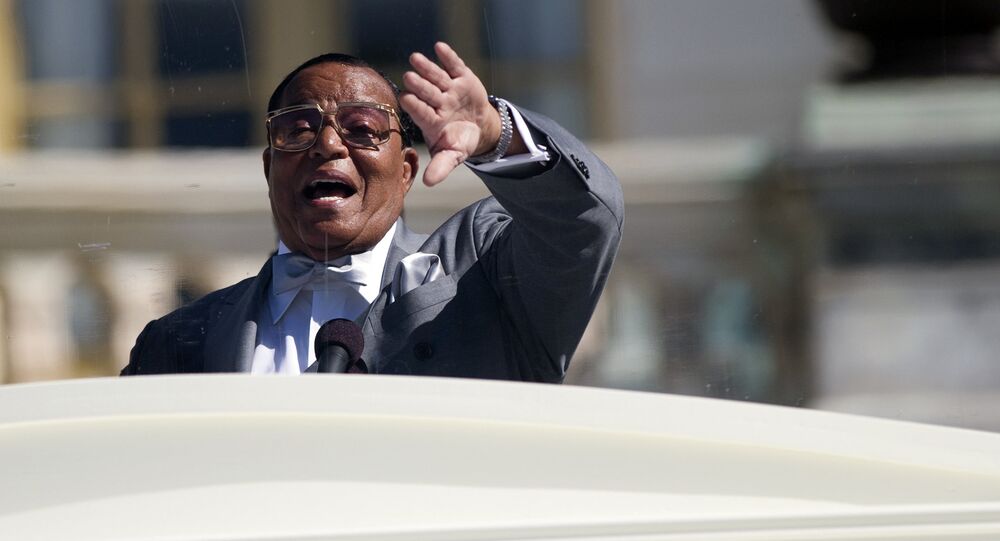 The religious leader and activist, who earlier compared Jews to termites and referred to the "Synagogue of Satan", was removed from the platform last week for inciting hatred.

Louis Farrakhan, the controversial leader of the Nation of Islam religious group, has fought back against his recent Facebook ban, mentioning the "Satanic Jews" in a defiant speech.

The 86-year-old minister, who has been criticised for his anti-Semitic rhetoric in the past, made the comments at the St. Sabina Catholic Church in Chicago, which live-streamed the event on Facebook.

"I used that platform with respect," Farrakhan said. "I have not said one word of hate. I do not hate Jewish people. Not one that is with me has ever committed a crime against the Jewish people, black people, white people — whatever your colour is. As long as you don't attack us, we don't bother you."

"It's this that they fear," he told the crowd, pointing at his mouth. "I don't have no army. I just know the truth. And I'm here to separate the good Jews from the Satanic Jews."

Farrakhan was invited to speak by Rev. Michael Pfleger of the Archdiocese of Chicago, who said that Facebook wanted to ban him "to keep people from hearing his whole talk, his entire message and the truth that he seeks to teach us".

The president of the Illinois Holocaust Museum slammed the reverend's move, claiming that he had provided Farrakhan with a "platform for hatred".

"We've always banned individuals or organisations that promote or engage in violence and hate, regardless of ideology," Facebook said in a statement. "The process for evaluating potential violators is extensive and it is what led us to our decision to remove these accounts today".

Last year, Farrakhan lost his revered blue tick on Twitter after he posted a video in which he said he was unmasking the "Satanic Jew" and the "Synagogue of Satan".