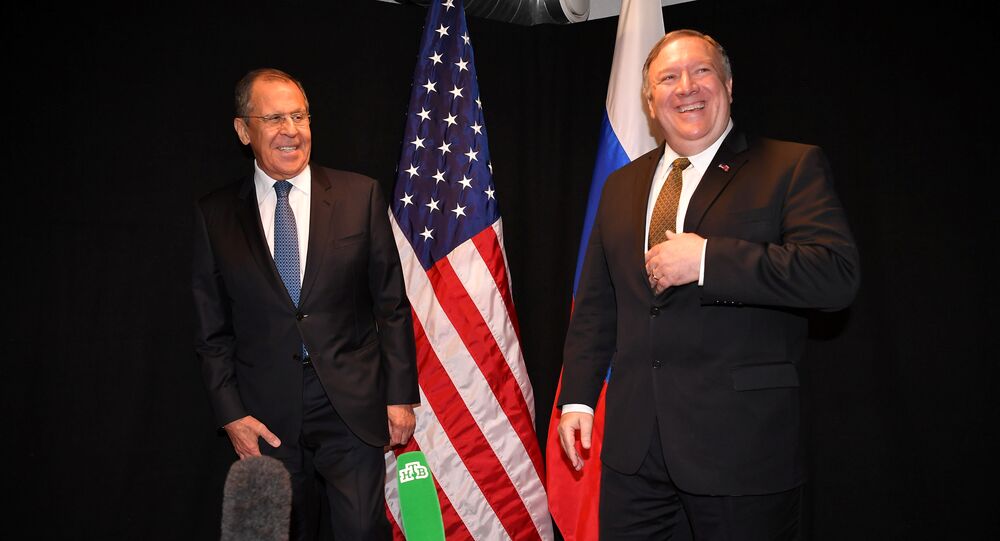 A few days earlier, Lavrov also spoke against a possible military intervention in Venezuela, warning that the use of force may only be sanctioned by the UN Security Council.

"Trump is the one who usually prepares deals", Lavrov remarked.

The foreign minister delivered this statement ahead of the upcoming meeting between him and US Secretary of State Mike Pompeo, which is scheduled to take place on 14 May in Sochi.

© Sputnik / Maksim Blinov
WATCH Lavrov Fend Off CNN's 'Fake Question' on US INVASION of Venezuela
Earlier this week, Lavrov also dismissed speculations about the possibility of a military intervention in Venezuela, stating that Russia opposes “hostilities anywhere in violation of international law”, and that “the use of force may only be authorised by the UN Security Council, or force may be used in response to aggression against a sovereign state”.

The Venezuelan crisis escalated on 30 April, when Venezuelan opposition leader and self-proclaimed 'interim president' Juan Guaido called upon the military to join the opposition and take to the streets to help depose the government.

The ensuing coup attempt, which ended in failure, resulted in some 240 people, protesters and security force personnel alike, sustaining injuries, according to the UN.