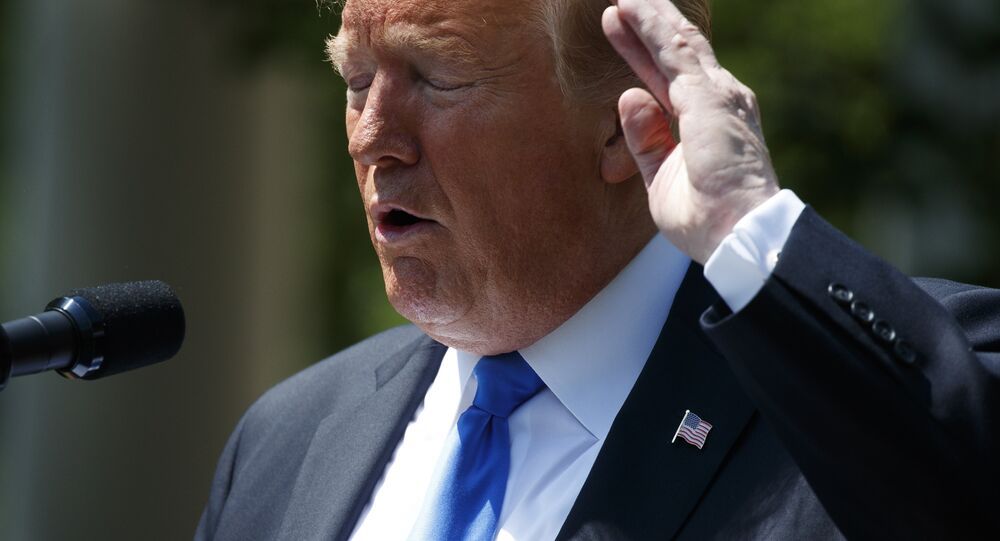 WASHINGTON (Sputnik) – US lawmakers are demanding that the Trump administration produce an overdue annual report on human rights in Russia as required under the Magnitsky Act, the chairs of House Committees on Foreign Affairs and Financial Services said in a letter released on Monday.

"Secton 407 of the Russia Magnitsky Act requires the Secretary of State and the Secretary of the Treasury to report annually to congress regarding actions taken pursuant to the act," the letter said. "The administration is now over four months late in providing the required report to Congress."

© Photo : YouTube/AtlanticCouncil
WATCH Envoy Tell US to Stop Undercutting EU Interests With New Russia Sanctions
The letter to Secretary of State Mike Pompeo and Secretary of the Treasury Steven Mnuchin was signed by Congressman Eliot Engel, who chairs the House Foreign Affairs Committee, and Congresswoman Maxine Waters, chair of the Financial Services Committee.

In their letter, the lawmakers also demand that the administration provide a written explanation as to why the report is late.

In late 2012, the United States adopted the so-called Magnitsky Act, which imposes travel bans and financial sanctions on Russian officials after the death of Russian national Sergei Magnitsky while in custody in a Russian prison. The investigation into Magnitsky's death concluded that the tax accountant, who suffered from diabetes, died of natural causes.

READ MORE: New US Sanctions to Be Ended If Russia Does Not Meddle in US Elections — Bill

In 2016, Congress expanded the legislation by adopting the Global Magnitsky Act, which allows the US government to impose sanctions on any entity or individual — regardless of nationality — implicated in human rights abuses.