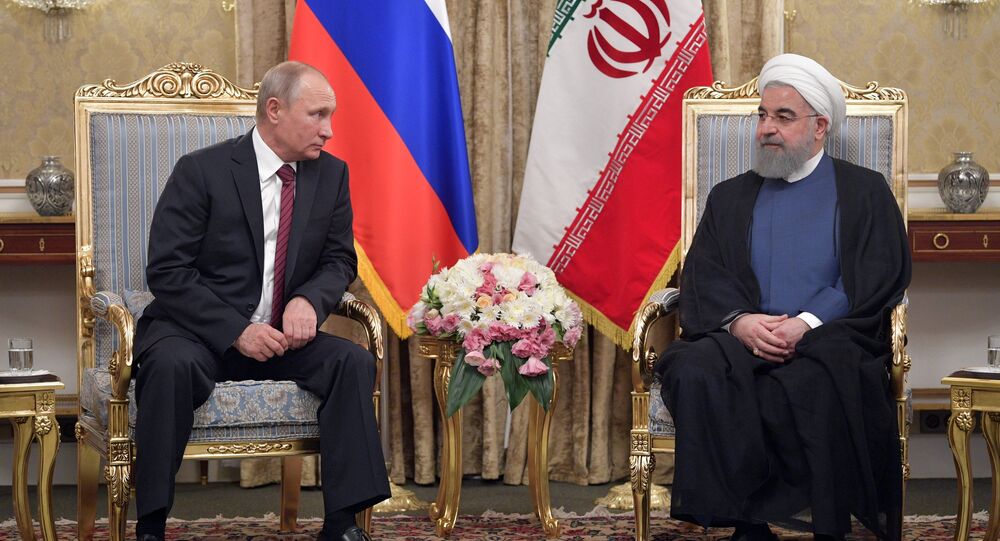 Moscow Vows to Expand Cooperation With Tehran Despite US Sanctions Threat

MOSCOW (Sputnik) - Russia aims to promote cooperation with Iran, including in the nuclear sphere, despite blackmail and threat of US extraterritorial sanctions, Russian Deputy Foreign Minister Sergei Ryabkov told Sputnik.

"No threat of new sanctions will stop our legitimate and mutually beneficial cooperation with Iran. We have been living under US anti-Russia sanctions since 2012. It is clear that over this period there has been a serious adaptation to this illegal trick by the United States," Ryabkov said.

Iran has an even bigger experience on how to live under the US sanctions, the deputy foreign minister noted.

"Therefore, we perceive threats of this kind calmly, we do not succumb to blackmail and we will systematically expand and develop our cooperation with the Islamic Republic of Iran, including in the atomic energy sector in full compliance with international law and the national legislation of our countries, regardless of what US colleagues are undertaking, realising, as they believe, their right to the extraterritorial application of their national legislation," Ryabkov stressed.

© AP Photo / Vahid Salemi
Iran Takes Steam Out of US Sanctions, Boosts Gas Sales to Neighbours
Sergei Ryabkov's remarks follow US Department of State spokesperson's announcement made on Friday that the United States may impose sanctions against actors providing assistance to expand Iran's Bushehr nuclear power plant starting on 4 May.

The Trump administration slapped Iran with a series of increasingly harsh financial and energy sanctions in May 2018, after Washington unilaterally withdrew from the Iran nuclear deal. These included tough energy restrictions aimed at bringing Iran's oil exports down "to zero" in a bid to cripple the country's economy. China has rejected US pressure and promised to continue imports, with other countries, including Turkey, India and South Korea urging the US to reconsider its stance and renew the exemptions.

Iran reached a deal with Russia on the first stage of the Bushehr project — the Bushehr 1 — in 1992. In 2014, Russia and Iran signed an agreement to build the second and third reactors for the Bushehr plant.