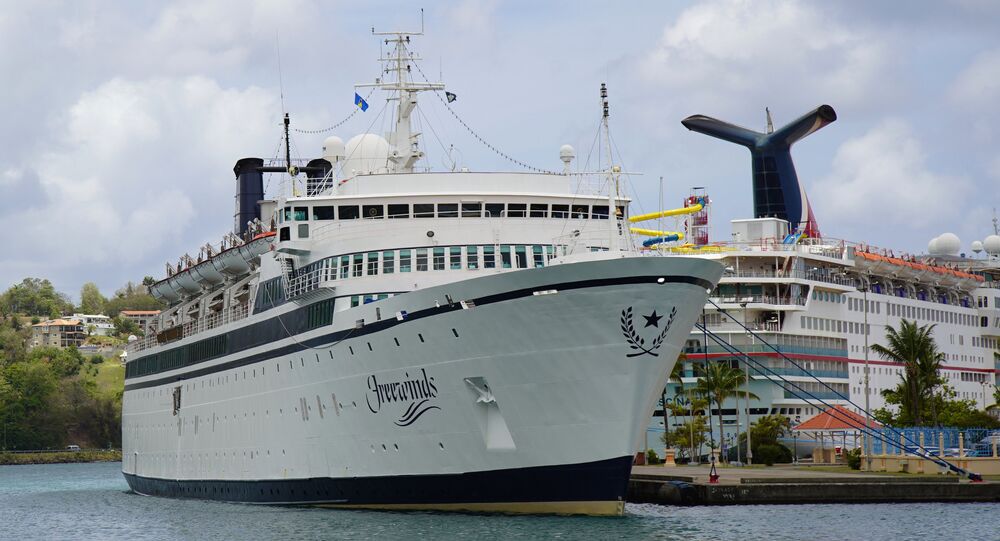 As chief epidemiologist for the Curacao Biomedical and Health Research Institute explained, the confined quarters of the ship and the virus’ highly contagious nature create a serious risk of infection for people aboard.

A team of health officials have boarded a Church of Scientology cruise ship called Freewinds after the vessel docked at its home port in Curacao early on 4 May, with the ship previously being quarantined in St. Lucia due to concerns about a possible measles outbreak on board.

© AP Photo / Eric Risberg
New US Measles Outbreak Sees Highest Number of Cases Since 1994
The authorities now move to vaccinate people aboard the vessel, and have said that those who were already vaccinated or had measles before may disembark from the ship freely.

"An investigation will also be done to determine who will be allowed to leave the ship without (posing) a threat to the population of Curacao. It is imperative to make all efforts to prevent a spread of this disease internationally", the local government said in a statement.

The authorities are concerned that after a Freewinds’ female crew member was diagnosed with measles after coming back from Europe and remaining on the ship while it was already en route to St. Lucia, some of the 300 people aboard might’ve been exposed to this highly contagious disease.

"What we don’t want is for the disease to spread further", said Izzy Gerstenbluth, chief epidemiologist for the Curacao Biomedical and Health Research Institute. "There is no other way than… by not allowing anyone who may be infected off the ship".

As Gerstenbluth explained, while the infected crew member was confined to her quarters after being diagnosed with measles, the ship’s confined quarters coupled with the virus’ highly contagious create a considerable risk of exposure for others aboard the vessel who lack immunity.

READ MORE: Measles Cases Up by 300 Percent Globally From Last Year — WHO

In April, the World Health Organisation warned that measles cases rose exponentially in 2019, with the number of cases rising by 300 per cent within the first three months of this year.

The disease is quick to spread among those who are not vaccinated against the virus, even in countries where immunisation rates are high.