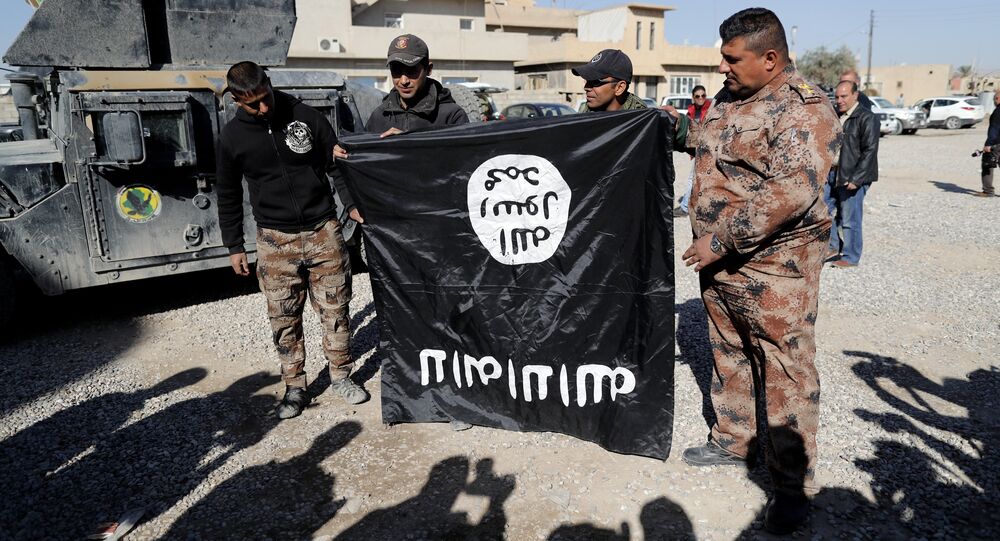 After Daesh’s* defeat in Syria and Iraq, repatriating European jihadists as well their wives and children remains an issue for many countries. Last month, France's top administrative court rejected requests from Syria-based French jihadists to return to the country.

The government of President Emmanuel Macron is closer to clinching a deal with Baghdad that is expected to make it harder for jihadists with French passports to return home, The Times reports.

According to the newspaper, the agreement stipulates Iraq taking French nationals held by Kurdish forces in Syria in return for weapons and diplomatic support.

READ MORE: Jihadist Who Returned From Syria on Trial for Jewish Museum Massacre in Belgium

While Iraqi authorities reportedly demand $1.8 billion from Western countries to receive some jihadists, “the talks with France are centring on weapons rather than money, with Baghdad seeking to acquire French trucks equipped with artillery systems, along with a promise from Paris to distance itself from Iraqi Kurds”, the Times notes.

The newspaper cited unnamed diplomatic sources as saying that the Paris-Baghdad talks have already resulted in at least 14 alleged French jihadists being transferred from Syria and put on trial in Iraq.

The Times also quoted Nabil Boudi, a lawyer of a French man whose wife was earlier radicalised, as claiming that France prefers to transfer French jihadists to Iraq where “there is a semblance of institutions rather than having to deal with their repatriation”.

“It is a dangerous game. Some people could face the death sentence in Iraq”, Boudi underscored, arguing that Paris may be secretly hoping to send French jihadists’ wives and children to Iraq given that “the camps in Syria out of control”.

His remarks come a few weeks after France's top administrative court rejected requests from Syria-based French jihadists to repatriate them to France, insisting that a judge could not rule on the issue because it stipulates negotiations with foreign authorities.

This followed France signalling its unwillingness in February to adhere to US President Donald Trump's previous call for Washington's European allies to repatriate hundreds of Daesh militants from Syria.

According to French authorities, they would take back militants on a “case-by-case” basis.

© AFP 2019 / Geoffroy VAN DER HASSELT
France Has Become Jihadist Hotspot in Europe - Crime Expert on Paris Attack
They were echoed by German Foreign Minister Heiko Maas, who lashed out at Trump's demand, saying that “it is certainly not as easy as they think in America”.

Austrian Federal Chancellor Sebastian Kurz, for his part, emphasised that he shares the stance of France, Denmark and the UK on the matter and that “protection of our own population remains the highest priority, especially from those who are accused of serious crimes”.

Earlier, Trump urged “Britain, France, Germany and other European allies” to take back 800 Daesh militants captured by the US and US-backed militias in Syria, hinting that they would release the jihadists if Washington's European allies refuse to put them on trial.