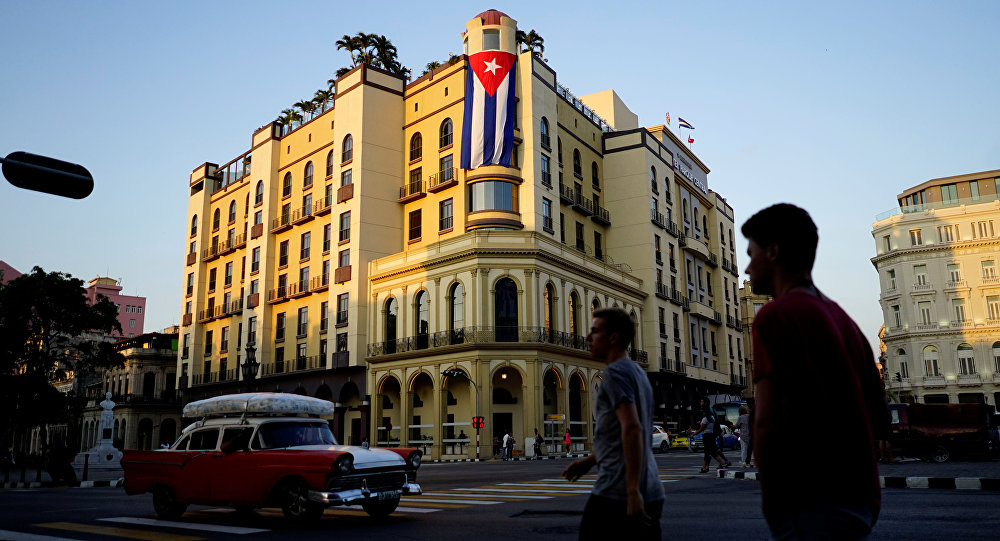 MOSCOW (Sputnik) – After Washington's decision to fully enforce far-reaching sanctions against Cuba, Russia has called on all responsible parties to defend the UN Charter to jointly put an end to the blockade of the Latin American country, the Russian Foreign Ministry said.

"We emphasise again that the methods of blackmail and pressure used by Washington are absolutely illegal. We call on all responsible forces to defend the UN Charter and international law in order to jointly put an end to the anti-Cuban blockade," the ministry said in a statement on Friday.

© AP Photo / Ramon Espinosa
EU Reiterates Intention to Countersue if US Firms Sue EU Businesses in Cuba
Moscow went on to note that "the use by the White House of illegitimate sanctions against foreign economic operators working in Cuba and using nationalized property is another egregious indication of the tightening of the anti-Cuban blockade, and a blatant violation of the sovereignty not only of Cuba itself, but also of the states actively cooperating with that country, which include, in particular, US allies."

The statements come after on Thursday, the 1996 US Helms-Burton Act, which has been partially suspended since its enactment, came into full effect. The act permits Cuban Americans and other US citizens to file lawsuits in US courts against businesses that operate on Cuba's government properties, including many European ones, appropriated in the 1959 revolution.

Following the United States first announcement of the intention to remove restrictions from the law being enforced, EU foreign policy chief Federica Mogherini and EU Commissioner for Trade Cecilia Malmstrom condemned the proposed action. In addition, they said that EU companies would countersue US businesses operating on EU territory in the case the US claimants filed suits against EU businesses allegedly operating on their property in Cuba.

As of mid-April, there were some 6,000 claims for properties confiscated in Cuba with a total value of around $2 billion and in the $8 billion range with interest, according to US Assistant Secretary of State for Western Hemisphere Affairs Kimberly Breier.