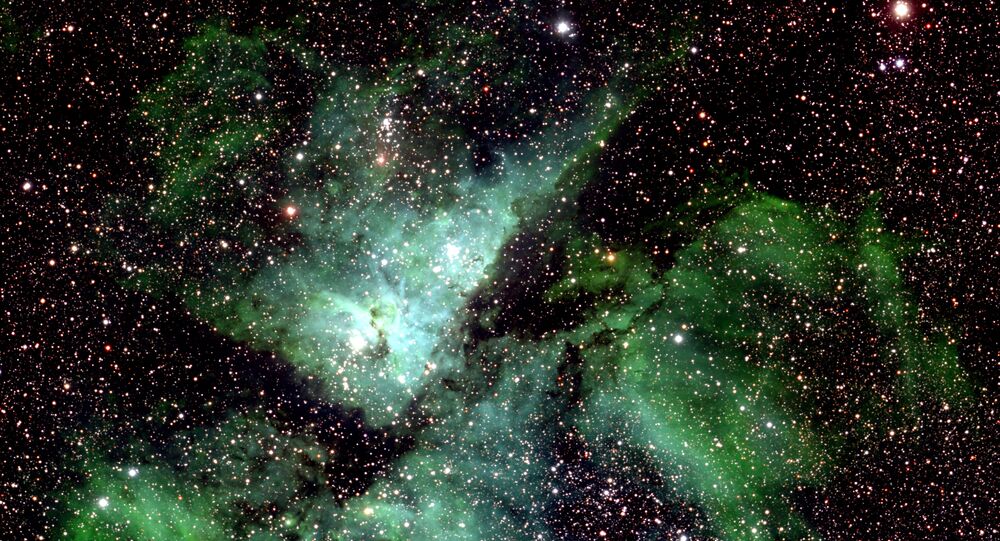 One of the most recognizable star formations in our galaxy – the Milky Way - could be harboring an intergalactic fugitive.

Astronomers recently discovered a highly unusual star in the Milky Way, tucked away in the Ursa Major constellation, home of the Big Dipper.

The intriguing celestial body, with the bland official name of J1124+4535 boasts a striking chemical signature and origin, all its own.

​Researchers used a spectroscopic telescope in China that can analyse a star's light spectrum to determine this particular star contains a fraction of the magnesium and iron chemicals found in its neighbours.

​The data inspired a follow up study using Japan’s Subaru Telescope, which confirmed the findings. But going a step further, it revealed a curious abundance of the chemical called europium in the star, far more than even the Sun contains.

In fact, the ratio is unlike anything seen in the rest of the galaxy's stars, and got scientists thinking this one might be an intergalactic outcast, a solitary remnant of a dwarf galaxy once swallowed by our own.

Small stellar systems like dwarf galaxies are thought to be the main building blocks of the Milky Way. However, it is unclear https://t.co/eeTGofyYTS pic.twitter.com/MjCy3WiTkx

​The authors of the study explained that such stars have been found in present-day dwarf galaxies, providing the clearest chemical signature of past accretion events onto the Milky Way.

Lonesome outsider it may be in our galaxy, J1124+4535 is not all alone in the Universe. Astronomers have recently observed other stars with a similarly low metal content around the periphery of the Milky Way.

What's more, the authors explain that stars formed in dwarf galaxies orbiting our own, like Ursa Minor, have similar compositions, with low levels of elements such as sodium, scandium, nickel and zinc.

A clarifying press release on the discovery explained that stars form out of clouds of interstellar gas, with the element ratios of the parent cloud imparting an observable chemical signature on stars formed in that cloud. Accordingly, stars formed close together have similar element ratios.

© Photo : NASA/JPL-Caltech/STScI/CXC/SAO
Galaxy Full of Gigantic 'Bubbles' May Be Bombarding Earth With Cosmic Rays
Because of their similarities, astronomers now think J1124+4535 must have come from an evolved and ancient dwarf galaxy, somewhat similar to UMi.

READ MORE: Scientists REVEAL Whether Giant Asteroid Will Collide With Earth in 2029

A Strange Star Hidden in The Milky Way Is Likely From Another Galaxy, Say Astronomers https://t.co/STdoa1FrfA

​This is first time astronomers have seen something like this in our own galaxy, concludes the study published in Nature Astronomy.

Mysterious Black Hole DETECTED in the Centre of the Milky Way