Jordan Peterson has become arguably the most influential conservative public speaker, with topics he covers ranging from psychology to global warming. Specifically, he rejects the idea that men dominate Western society and criticises the fragmentation of society thought identity politics - much to the outrage of those on the left.

A Cambridge University student has pushed back against a 'vocal minority' on campus which was behind the controversial withdrawal of Jordan Peterson's visiting fellowship invitation.

Peterson had planned to be a visiting fellow at the university's Faculty of Divinity for two months later this year, but Cambridge revoked its offer in March, saying that Peterson's views were "not representative" of the student body.

However, some members of the student body beg to differ. The decision, which Peterson himself called "unprofessional", prompted Rob Henderson, a PhD student at Cambridge, to pen a defiant op-ed for the New York Times.

"News of the invitation had been greeted with outrage," he wrote. "The Cambridge students' union viewed his invitation as political. They and others believe him to be an enemy of inclusion."

He added that he, among other young people, finds Peterson appealing because he adds new meaning to mundane activities and helps his viewers develop self-efficacy. 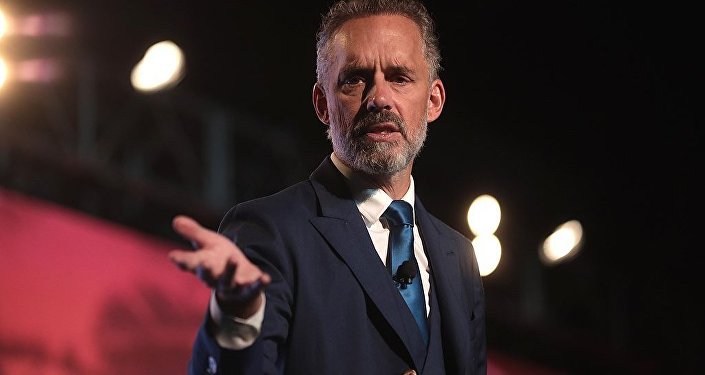 But what makes Peterson popular among conservative-leaning audiences and provokes the outrage of the left is his vocal criticism of political correctness and identity politics.

The student conceded that some of the points Peterson makes may be offensive to some, but said that he felt excluded after the professor's invitation was pulled.

Henderson was invited to the talk show Fox & Friends, where he argued that the University of Cambridge has a tradition of banning unwanted speakers.

"We have political figures visit the campus all the time, but when one of those figures is someone they oppose, then they're willing to disinvite them," he said.

The student also stated that the number of positive responses to his op-ed has outweighed the negative ones — but that people are afraid to express their opinion.

"I've received a lot of messages and e-mails, and people [were] kind of taking me aside and saying, 'You know, I actually like Dr. Peterson,'" Henderson said, "but they are just afraid. They are afraid of this very loud minority who are sort of dictating them what is allowed to say on campus."

Cambridge University officials explained that Peterson's fellowship offer was pulled after they became aware of a photo in which the YouTube psychologist was seen alongside a man wearing an "I'm a proud Islamophobe" T-shirt. Peterson said he was aware of the slogan but that the man had the right to wear the shirt if he felt like doing it.

"The casual endorsement by association of this message was thought to be antithetical to the work of a faculty that prides itself in the advancement of inter-faith understanding," the university said in a statement.