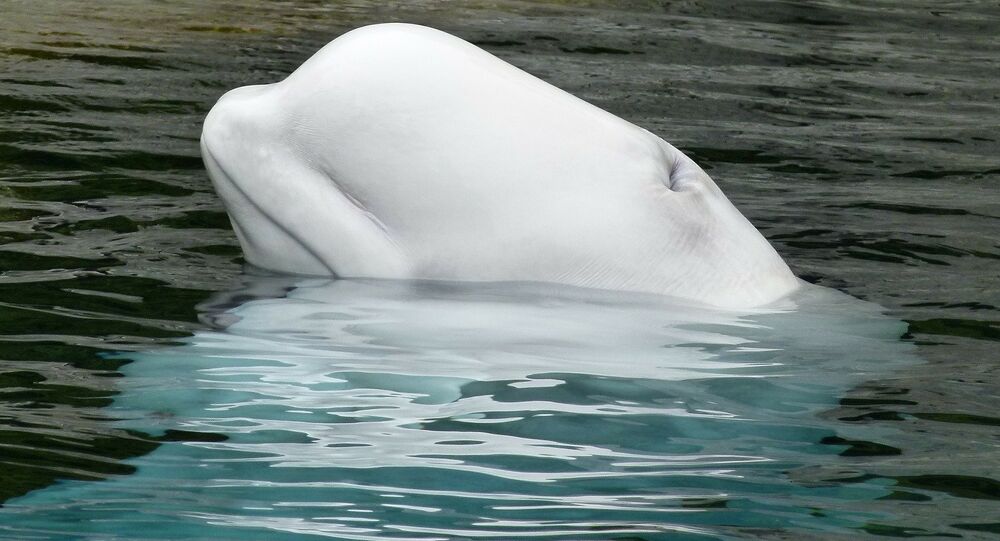 First sighted last week by local fishermen, the whale was allegedly wearing an unfamiliar harness with the inscription “Equipment of St. Petersburg”.

A feisty beluga whale discovered near a Norwegian port and allegedly used by Russia for spying seems to be showing no intention of leaving, according to The Washington Post.

The inside of the whale’s harness was marked "Equipment of St. Petersburg", the newspaper Verdens Gang reported. On the harness there was also a mount for a GoPro camera.

Is this whale a Russian spy?

A beluga whale wearing a harness approached fishermen in Arctic Norway, prompting claims it may have escaped from the Russian military. pic.twitter.com/xcRoyb92gp

According to Jorgen Ree Wiig of the Norwegian Directorate of Fisheries, the friendlier than normal beluga has shown little sign of fear, and is tame enough to allow people to pet its nose.

The whale has moved no more than 40 km (25 miles) within the past week, the Post reported.

Martin Biuw, of the Institute of Marine Research in Norway, told The Guardian on Monday that if the whale indeed hailed from Russian waters, which seemed highly likely to him, it was possible it had escaped from an alleged whale experiment at a Russian naval base.

Russian military officials haven't commented on the allegations so far.

© Photo
Norway Claims to Have Caught Runaway "Spy Whale From Russia" (PHOTO, VIDEO)
The whale, who remains yet to be named, has Norwegian officials at a loss as to what to do with it. However, others, who are concerned for its safety, are suggesting, according to Wiig, that the sea mammal be sent to a sanctuary in Iceland about 2,000 km (1,250 miles) away, since this is believed to improve its chances for survival.

The beluga whale, which is pale white and larger than a dolphin but smaller than a true whale, is an Arctic and sub-Arctic species and a close relative of the narwhal. It is also known as the white whale, for being the only marine mammal of this colour, and the sea canary, for its high-pitched calls.

Belugas are one of the whale species which are most commonly kept in captivity and at aquariums, dolphinariums, and wildlife parks across the globe.