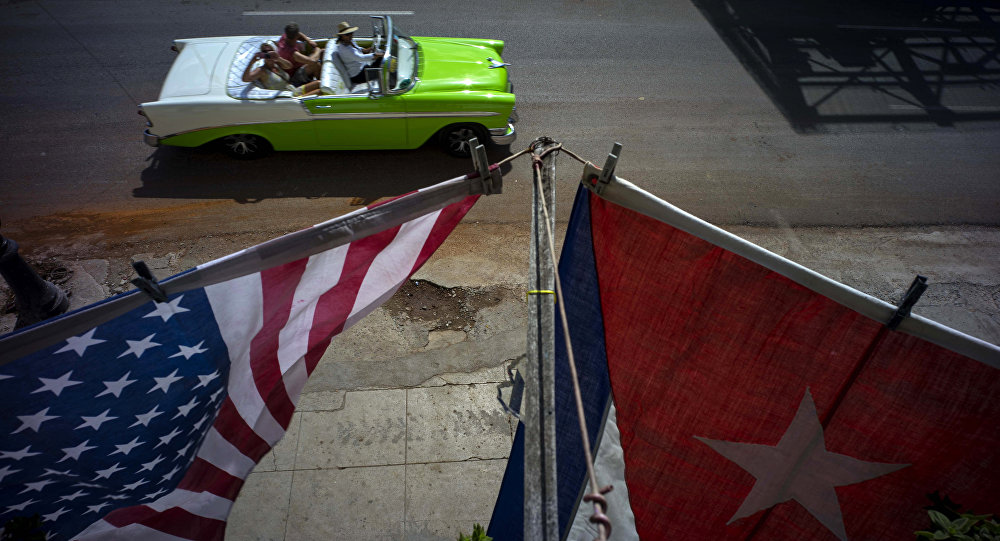 BRUSSELS (Sputnik) - The European Union has reiterated that it would use all appropriate means, including suing the United States by drawing on the World Trade Organisation (WTO) agreement, to counteract the possible economically detrimental effects to the bloc from Washington's decision to fully enforce far-reaching sanctions against Cuba.

"The EU considers the extra-territorial application of unilateral restrictive measures to be contrary to international law and will draw on all appropriate measures to address the effects of the Helms-Burton Act, including in relation to its WTO rights and through the use of the EU Blocking Statute", European Commission spokeswoman Maja Kocijancic said in a statement.

On Thursday, the 1996 US Helms-Burton Act, which has been partially suspended since its enactment, came into full effect. The act permits Cuban Americans and other US citizens to file lawsuits in US courts against businesses that operate on Cuba's government properties, including many European ones, appropriated in the 1959 revolution.

© REUTERS / Alexandre Meneghini
EU to Respond if US Imposes Sanctions on Investments in Cuba - French Minister
Before that, in mid-April, after the United States first announced of its intention to remove restrictions from the law being enforced, EU foreign policy chief Federica Mogherini and EU Commissioner for Trade Cecilia Malmstrom condemned the proposed action and said that EU companies would countersue US businesses operating on EU territory in the case the US claimants filed suits against EU businesses allegedly operating on their property in Cuba.

According to US Assistant Secretary of State for Western Hemisphere Affairs Kimberly Breier, as of mid-April, there are nearly 6,000 claims for properties confiscated in Cuba with a total value of approximately $2 billion and in the $8 billion range with interest.