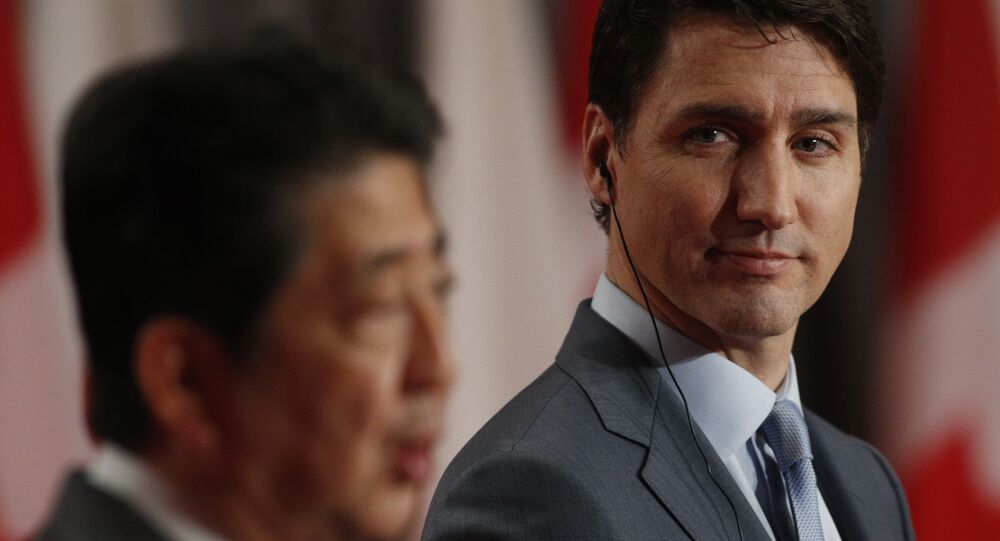 Canadian Prime Minister Justin Trudeau met with his Japanese counterpart in Ottawa to discuss, among other issues, trade and the forthcoming G20 summit in Japan, when he suffered a major slip of the tongue.

Justin Trudeau welcomed Japanese Prime Minister Shinzo Abe on Sunday and was supposed to speak about the diplomatic relations between Ottawa and Tokyo, but at one point started mumbling and accidentally referred to Japan as China.

“…on the occasion of 90 years of diplomatic relations between Canada and China… Uh, Canada and Japan”, he said as evidenced in the footage.

"Canada is back!" 🤦‍♀️ #cdnpoli pic.twitter.com/NIAdeurcuv

Even though the Canadian prime minister corrected himself quickly, his focus might have been elsewhere, since he made the same mistake again later on.

#Trudeau be like…
— not now, Google when did China become Japan?— 😂 pic.twitter.com/7M6N6xVxWN

Some media outlets have suggested that Trudeau’s slip of the tongue could be explained by Canada’s worsening relations with China following the arrest of Huawei’s Chief Financial Officer Meng Wanzhou in Vancouver last December at the behest of the United States on suspicions of violating anti-Iran sanctions.

The Chinese telecom giant has faced allegations that it’s been spying on behalf of China’s government and stealing commercial information – something the company has vehemently denied.

© Sputnik / Alexei Druzhinin
China Urges US to Cancel Extradition Request of Huawei CFO From Canada
The arrest was criticised by Beijing, which called on Ottawa to release the official. Shortly after, Chinese authorities detained two Canadian nationals for allegedly “endangering national security”. Beijing has denied that the move was a response to Meng’s arrest.

Prime Minister Abe was welcomed by Trudeau on Parliament Hill on Sunday, as the two celebrated their successful launch of the rebooted Trans-Pacific Partnership last year — the 11-country trade alliance that was salvaged after US President Donald Trump pulled out from it in January 2017.

Japan will host the G20 summit in June, and Abe said that he was looking forward to Trudeau’s help with the gathering, having praised Canada’s efforts in hosting the G7 meeting last year.