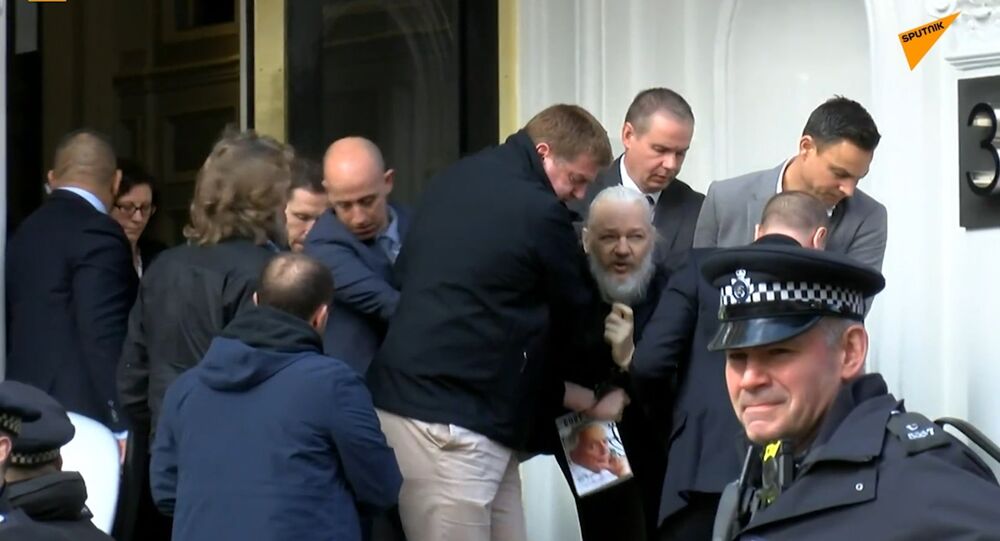 WikiLeaks founder Julian Assange was arrested at the Ecuadorian Embassy in London on 11 April shortly after the Latin American country withdrew his 7-year asylum status in what the whistleblowing website described as an illegal termination of his political asylum in violation of international law.

John Shipton, the father of WikiLeaks founder Julian Assange, has suggested on Channel 9’s 60 Minutes that his son has been traded by Ecuador with the US in exchange for an International Monetary Fund loan and will be jailed for life in an American prison.

“Ecuador doesn’t have its own currency. It uses the United States dollar… You can’t get an IMF loan unless the United States approves it – upon agreement to remove Julian from the Embassy”, he told 60 Minutes reporter Tara Brown.

Shipton, who previously called on Australian authorities to step in following Assange’s arrest, has revealed his shock at seeing the “rapid decline” in the health and appearance of his son, who he last visited this January.

Assange had been residing in the Ecuadorian Embassy in London for seven years until the morning of 11 April when he was arrested by UK police after Quito revoked his asylum status for alleged “repeated violations to international conventions and daily-life protocols”.

© REUTERS / Hannah McKay
Assange's Legal Team Files Lawsuit Against Ecuador Over Extortion
Ecuador’s President Lenin Moreno claimed that it was a sovereign decision, however later UK police confirmed that Assange had been apprehended on behalf of US authorities.

Shortly after being dragged out of the diplomatic premises, he appeared at a London court, where he was convicted of skipping bail in the UK after a 2012 extradition order to Sweden, where he was being probed in a sexual assault case.

In a parallel development, the US Department of Justice announced charges against Assange, having accused him of conspiring with former US Army intelligence analyst Chelsea Manning to hack into US government computers and steal classified data in 2010.

The Australian-born journalist, who has repeatedly denied sexual assault allegations in Sweden, sought asylum in the Ecuadorian Embassy in 2012 to avoid extradition to the Scandinavian country and potential extradition to the US, where he was wanted for the leak. He insisted that the accusations were politically motivated and intended to have him sent to the US as the charges followed the publication of classified documents.

Assange Put 'Through Hell' as Quito Tried to 'Break Him Down', Ex-Diplomat Says