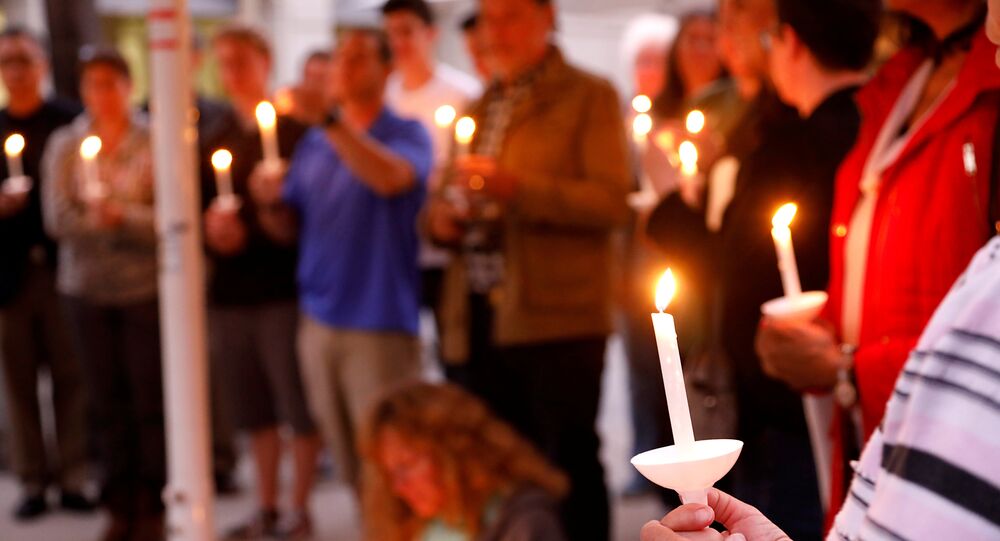 Following a second deadly attack on a US synagogue since last October, a number of high-profile politicians and human rights campaigners have been paying tributes to the only victim and denouncing anti-Semitism.

Top-level Israeli politicians have decried Saturday's shooting at a California synagogue, which claimed the life of one worshipper identified as Lori Gilbert-Kaye, 60.

"I condemn the abhorrent attack on a synagogue in California; this is an attack on the heart of the Jewish people", read a statement from Netanyahu's office. "We send condolences to the family of Lori Gilbert-Kaye and our best wishes for a quick recovery to the wounded. The international community must step up the struggle against anti-Semitism".

Citing a worldwide increase in anti-Semitic attacks, Netanyahu vowed to convene a "special discussion of all elements dealing with the issue".

For his part, Israeli President Reuven Rivlin said he was "shocked and grieved" to learn about the tragedy, according to The Times of Israel.

"The murderous attack on the Jewish community during Passover, our holiday of freedom, and just before Holocaust Memorial Day, is yet another painful reminder that anti-Semitism and hatred of Jews is still with us, everywhere", he was quoted as saying.

A slew of other politicians and civil rights advocates, including US President Donald Trump, House Speaker Pelosi, and German Foreign Minister Maas have likewise condemned the attack.

Another vile act of anti-semitism and senseless violence committed at a place of worship, the Chabad of Poway synagogue, 6 months after the Tree of Life massacre & during both Shabbat & the last day of the Passover holiday.

My faith & my duty as a neighbor command me — if any Synagogues in Virginia need help with security, I’ll stand guard.

An attack on a Synagogue is an attack on all houses of worship. You have my promise. I’ll stand guard.✊🏽#PowayStrong

It’s a sick society we’re living in that people can’t worship without being shot at.

God Bless the officer that shot back.

This good guy with with a gun stopped the bad guy with a gun.#fixit https://t.co/skKRsYi9YA

Devastated to hear about the antisemitic attack at Chabad Poway Synagogue, CA. Yet another cowardly murder of an innocent worshipper. We must stand together and fight all forms of racism and bigotry

Lori Gilbert Kaye z"l was killed in the shooting at the Poway Synagogue in San Diego. Her friends describe her as "a jewel of our community." Lori was killed because she was Jewish. May her memory be a blessing. pic.twitter.com/vOpitdH6AK

On Saturday, a gunman opened fire with an assault-type rifle at the Chabad Synagogue in Poway, California, killing a woman and injuring three other people. He was identified as John Earnest, a 19-year-old student at California State University San Marcos.

The suspect was arrested; he had reportedly issued an anti-Semitic online manifesto prior to the shooting, apparently inspired by the infamous New Zealand attacker, who killed 51 worshippers at two mosques in the city of Christchurch last month.

Earnest also took credit for a yet-unsolved arson at a California mosque, which took place a week after the Christchurch attacks.

This is a second deadly attack on a synagogue in the United States in recent months: on 27 October, a gunman left 11 people dead and injured at least six more, including police officers, at the Tree of Life Synagogue in Pittsburgh, Pennsylvania.