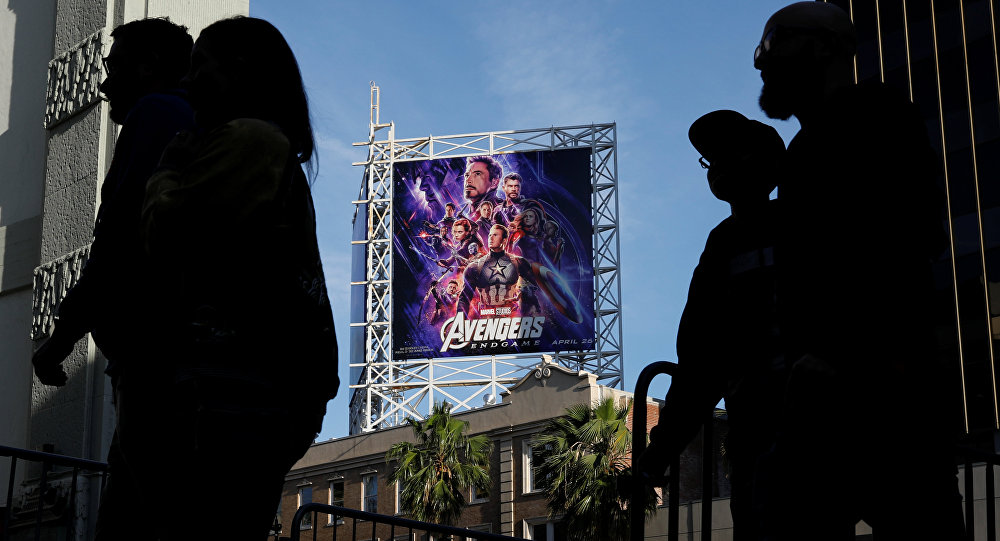 CNN reported that the record had already been achieved, despite the first weekend of the film's screening still not being over. The previous record belonged to Marvel Studios' "Avengers: Infinity War", which took in $641 million at the box office within the first week of its screening in April 2018.

The Walt Disney Company, which owns Marvel Studios, believes that "Avengers: Endgame" will earn from $310 to $340 million in the United States, thus beating the previous record of $258 million — set by "Avengers: Infinity War".

© CC0 / Pixabay
'Iron Man' Jeers at Avengers Endgame Co-Star Tom Holland Over Revealing SPOILERS
"Avengers: Endgame" directed by Anthony and Joe Russo is a superhero film about Marvel Comic's Avengers. It is also the 22nd film in the Marvel Cinematic Universe and the fourth movie about the Avengers team, following "Marvel's The Avengers" (2012), "Avengers: Age of Ultron" (2015) and "Avengers: Infinity War" (2018).

The movie focuses on the ongoing struggle between the Avengers team, which includes superheroes such as Iron Man, The Hulk, Thor, and Captain America to name a few, and their arch enemy the super villain Thanos.

The film will be released in Russia on Monday 29 April.