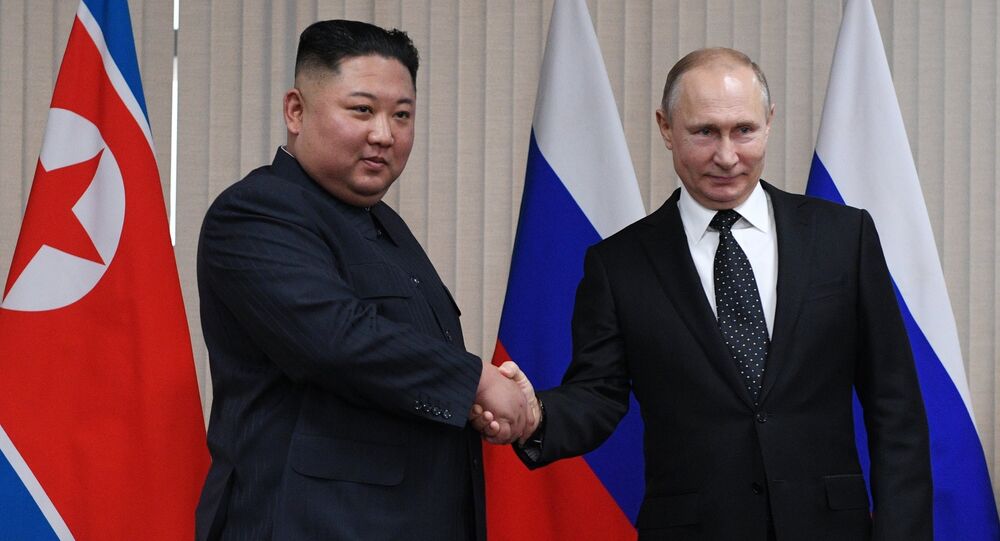 "I think we're doing very well with North Korea, a lot of progress is being made", Trump said. "I appreciated President Putin's statement yesterday, he wants to see it done also".

Trump added that he appreciates the help that Russia and China have provided concerning North Korea.

© REUTERS / Kyodo
Trump: 'No Money Was Paid to N Korea For Release of US Student'
On Wednesday, Putin encouraged the United States to continue a constructive dialogue with North Korea on talks concerning the denuclearisation of the Korean Peninsula.

Putin has said that the denuclearisation the Korean Peninsula is possible, but that it is important to begin working on establishing trust between the parties.

The Russian president emphasised that North Korea needed security and sovereignty guarantees that are achievable through the reinstatement of international law.

Moreover, Putin said he was unsure about resuming six-party talks on denuclearisation at this point, but such a format may be useful in providing North Korea with international security guarantees.