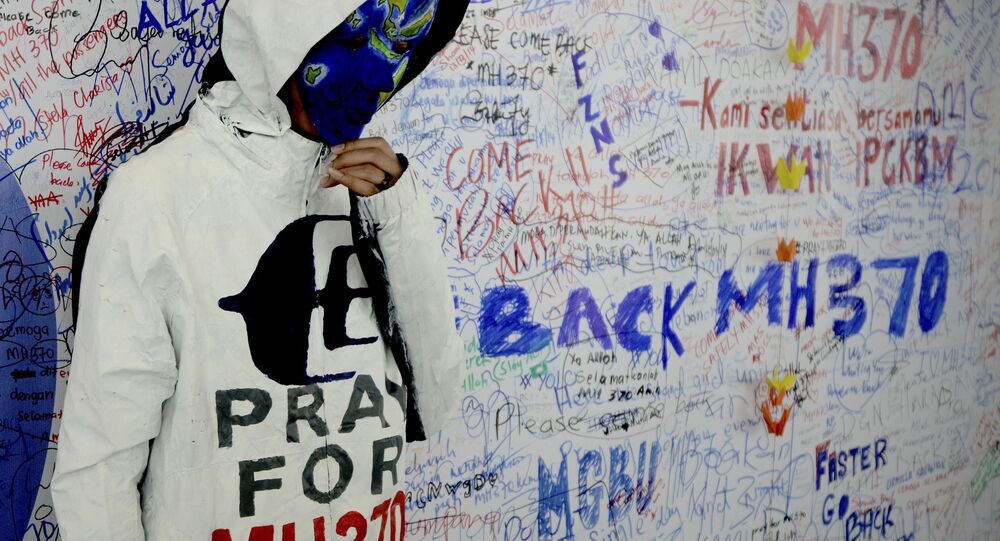 Several months before the plane’s disappearance, the Federal Aviation Administration told carriers to check their Boeing 777 for signs of cracking and corrosion, which “could lead to rapid decompression and loss of structural integrity of the plane".

As the disappearance of Malaysia Airlines Flight MH370 continues to remain a mystery until this day, the Daily Star has recently revealed yet another theory that might explain what could’ve caused the demise of the ill-fated airliner.

© AP Photo / Daniel Chan
Researchers Say Investigators Ignored Major Factor in Search for MH370's Debris
According to the newspaper, in 2013 the US Federal Aviation Administration (FAA) told air carriers, including Malaysia Airlines, to introduce additional checks into their Boeing 777 aircraft maintenance routine, after receiving “a report of cracking and corrosion in the fuselage skin underneath the SATCOM antenna adaptor”.

"During a maintenance planning data inspection, one operator reported a 16-inch crack under the 3-bay SATCOM antenna adaptor plate in the crown skin of the fuselage on a plane that was 14 years old with approximately 14,000 total flight cycles,” the FAA statement said. "Subsequent to this crack finding, the same operator inspected 42 other planes that are between 6 and 16 years old and found some local corrosion, but no other cracking. Cracking and corrosion in the fuselage skin, if not corrected, could lead to rapid decompression and the loss of structural integrity of the plane".

The newspaper also points out that less than a week before MH370's disappearance, Malaysia airlines discovered a 15-inch crack on one of its Boeing 777 planes.
Boeing, however, later noted that the missing plane did not have the same antenna as the rest of the 777 aircraft and therefore was not afflicted by the risk outlined by the FAA, while Malaysia Airlines confirmed that MH370 underwent maintenance less than two weeks before it went missing.