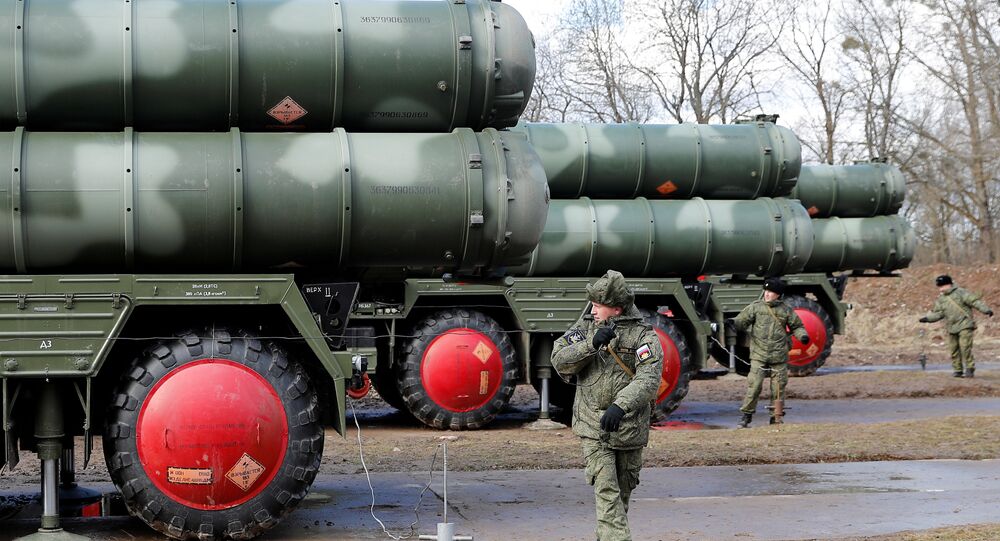 Over recent years, allegations have been circulating in the press that the US may withdraw its nuclear-capable weapons from the Incirlik air base and transfer them to Greece. The Greek government has, however, dismissed the claims.

SPUTNIK (Athens) — US Democratic Sen. Bob Menendez, in an interview with the Kathimerini newspaper, has threatened Turkey with sanctions and ruled out any deliveries of F-35 aircraft to Ankara if it purchases Russia's S-400 air defence systems.

"There is no chance that they will have the F-35s. There will be sanctions under law that exists today. This is a purchase of a major piece of military equipment from Russia and that is a sanctionable activity for anyone in the world – including Turkey. And there is no way that we will have… an F-35 put next to an S-400 that could also really surveillance the very essence of the technology that we have in the F-35. So it is impossible to happen," Menendez said in the interview, published on Monday.

© Photo : Department of information support of the Baltic region
US-Turkey Deadlock Over Ankara’s S-400 Deal Shows No Sign of Resolution – Report
Asked whether Washington might consider moving US military base from Turkey to Greece in case of further deterioration of ties, the senator expressed doubt that Ankara would take such a path. He stressed, however, that Washington would do whatever it takes to protect national security, thereby not ruling out the option.

Mr Menendez is currently on a visit to Athens, where he is scheduled to meet with Greek President Prokopis Pavlopoulos. Earlier, the senator visited Cyprus, where he held talks with President Nicos Anastasiades.

Earlier in April, Menendez and Republican Sen. Marco Rubio introduced the Eastern Mediterranean Security and Energy Partnership Act bill in the congress, seeking to overhaul the US strategy in the region and bolster ties with Athens and Nicosia.