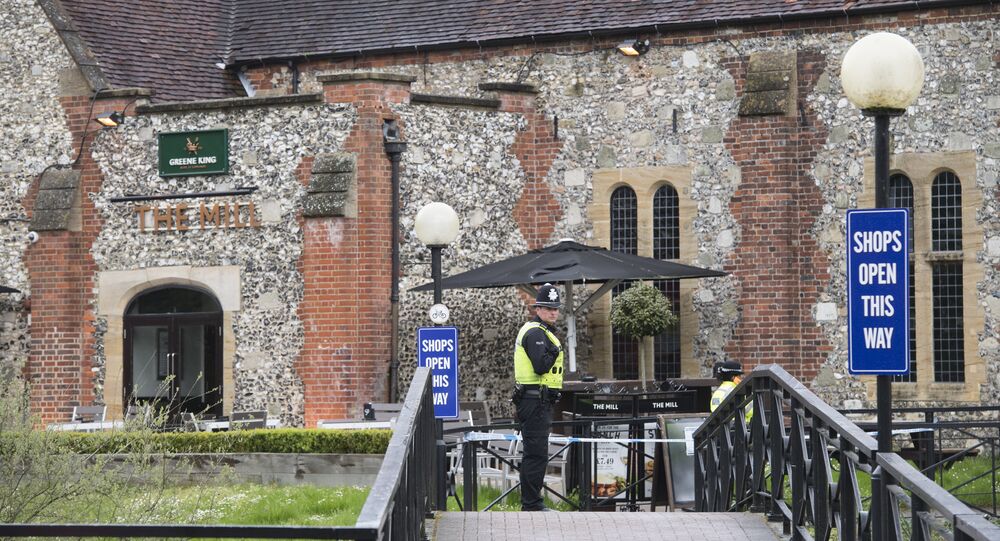 On Tuesday, The New York Times cited multiple intelligence sources as saying that US President Donald Trump’s decision to expel 60 Russian diplomats over the Skripal case had been influenced by now-CIA Director Gina Haspel, who allegedly showed him photos of kids and ducks, purportedly exposed to the nerve agent.

The Russian Embassy in the UK has questioned the grounds on which the US government took action against Moscow in light of The New York Times report suggesting that the CIA had shown fake images of dead ducks and hospitalised children in wake of the Skripal poisoning in March 2018:

“The CIA presented the president with fake photos – either made by themselves or received from [their] British colleagues. We urge the British authorities to urgently clarify this issue. In the meantime, astatement by Tracy Daszkiewicz, the director of public health at Wiltshire council, emerged in the media today, according to which neither children, nor animals suffered in the 4 March 2018 incident. Thus, the question of the grounds on which the US authorities (as well as the British) made decisions in wake of the Salisbury incident only acquires additional relevance”, the embassy stated.

The embassy’s comments followed a statement by Tracy Daszkiewicz, the director of public health at Wiltshire council, who confirmed to The Guardian that no children or animals were exposed to the alleged nerve agent attack in Salisbury last March.

“There were no other casualties other than those previously stated. No wildlife were impacted by the incident and no children were exposed to or became ill as a result of either incident”, Daszkiewicz said.

The development came a few days after The New York Times reported that US President Donald Trump, who was initially reluctant to take action against Russia over the Skripal case, decided to oust Russian diplomats after then-deputy director of the CIA, Gina Haspel, showed him images of children in hospital and dead ducks.

Citing multiple intelligence sources, the newspaper reported Haspel had obtained the photos from the UK government.

© Sputnik / Denis Voroshilov
New York Times Accidentally Unravels UK Government's Official Skripal Narrative
The press secretary of the Russian Embassy in London earlier told Sputnik that The New York Times' claims about dead ducks and affected children in hospital were surprising since the UK authorities and the media never mentioned anything like that in the past “apart from Sergei Skripal’s pets, which were killed at Porton Down laboratory for some reason”.

In the meantime, the Salisbury district hospital confirmed that no children had been hospitalised as a result of last year’s incident, in which ex-GRU officer Sergei Skripal and his daughter Yulia were found unconscious in Salisbury after allegedly being exposed to what UK authorities later claimed was a military-grade nerve agent.

Former GRU operative Sergei Skripal and his daughter Yulia were found unconscious on a bench at a shopping mall in Salisbury, UK, on 4 March 2018, with high-ranking British officials later claiming that the two had been subjected to the Novichok nerve agent. London immediately accused Moscow of orchestrating an attempted murder – an allegation that the Russian side has flatly denied as unfounded.

READ MORE: US Has Prepared New Sanctions Against Russia Over Skripal Case — Reports

While Russia offered its assistance in investigating the case, the UK refused to cooperate, as well as to provide samples of the substance allegedly used against the Skripals.

With the probe still underway, UK Prime Minister Theresa May announced the expulsion of Russian diplomats over Moscow’s alleged involvement in the incident and prompted over two dozen other countries, including the US, to follow suit.

Even though medics initially said that the Skripal family was in critical condition and might never fully recover, both emerged from over a coma that lasted over a month and were discharged from hospital. While their fate remains unknown, a cat and two guinea pigs which belonged to the ex-GRU officer became the only casualties in the poisoning incident.