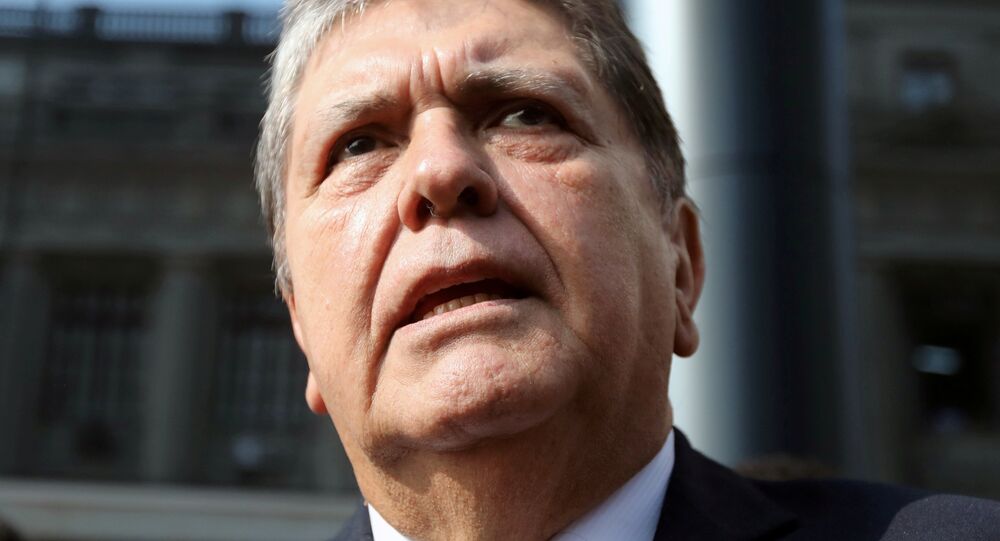 Peruvian Ex-President Garcia Dies After Shooting Himself During Arrest

Peruvian President Martín Vizcarra has confirmed via Twitter the death of the country's former leader Alan Garcia, who shot himself earlier in the day as police attempted to arrest him.

The president's statement comes within an hour after the Telesur TV channel reported that Garcia had succumbed to his injuries.

Earlier in the day, local TV broadcaster America reported that Garcia survived after the suicide attempt, though he was in critical condition and was undergoing emergency surgery. According to the broadcaster, his son and supporters arrived at the hospital.

Peru's ex-president Alan Garcia shot himself in the neck early on Wednesday shortly after police arrived at his home in Lima to arrest him on bribery charges, local media reported, citing a police source.

© Flickr / Five Furlongs
At Least 20 Reportedly Killed in Peru Bus Fire (PHOTOS)
Garcia served as president of the Latin American state for two terms, with the first one starting in 1985 and terminating 1990. His second term commenced in 2006 and ended in 2011. Currently, the former president is suspected of accepting bribes from Brazilian company Odebrecht.

Alan Garcia is not the only former Peruvian president whose name is linked to the firm and who is being suspected of being involved in corrupt schemes. Ex-President Pedro Pablo Kuczynski, who used to rule Peru before current leader Martin Vizcarra, is charged with receiving a total of $4.8 million in bribes from construction and development company Odebrecht.