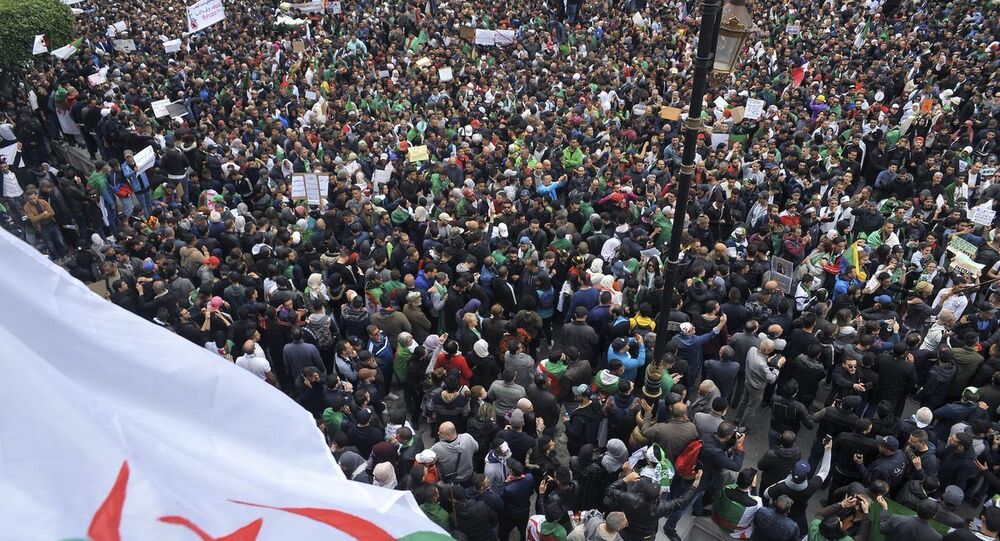 "The army’s decision to protect the people… is final and irreversible… But we expect the people to do their part and avoid violence," he was quoted as saying by the public television.

He said all "possible perspectives remain open" for overcoming differences and finding a solution to the ongoing crisis "as soon as possible," according to the state news agency APS.

Hundreds of students held a sit-in on Tuesday in the capital of Algiers, calling for the removal of ousted President Abdelaziz Bouteflika’s loyalists from power.

Meanwhile, the head of Algeria's Constitutional Council, Tayeb Belaiz, stepped down on Tuesday, having spent less than two months in office, amid ongoing anti-government protests calling for the resignation of former President Abdelaziz Bouteflika's establishment, the body announced.

The Constitutional Council oversees parliamentary and presidential elections in the country, approves candidates for the elections and endorses the resignation of the country's leader in case of such an event, among other things.

Two weeks ago, the body supported the resignation of President Abdelaziz Bouteflika, 82, whose intention to run for his fifth consecutive term after two decades in office sparked outrage among Algerians and urged them to take to the streets.

Parliament's speaker and ally of Bouteflika, Abdelkader Bensalah, took over the role of the head of state for 90 days, as provided for by the country's constitution, and pledged to hold presidential election on July 4.

However, the rallies continue despite Bouteflika's resignation, with protesters demanding the resignation of all key government figures that served under Bouteflika, including Bensalah and Belaiz.