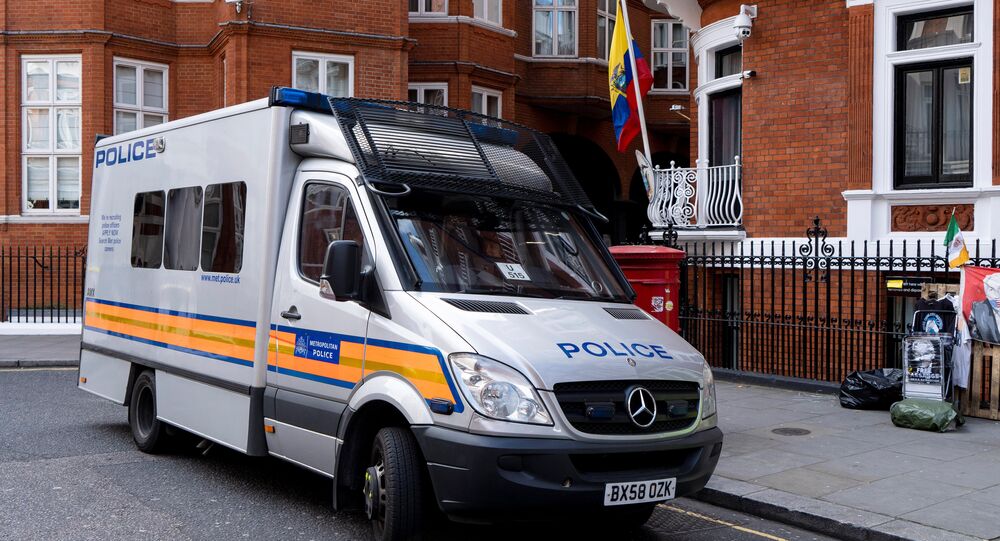 BUENOS AIRES (Sputnik) - Bolivian President Evo Morales on Thursday strongly condemned the arrest of WikiLeaks founder Julian Assange, which took place earlier in the day at the Ecuadorian Embassy in London, and the flagrant breach of freedom of speech.

"We strongly condemn the detention of #JulianAssange and the violation of freedom of speech. Our solidarity is with this brother who is persecuted by the US government for bringing to light its human rights violations, murders of civilians and diplomatic espionage #FreeJulian," Morales wrote on Twitter.

​The UK police confirmed that Assange's arrest had been made "on behalf of the United States authorities." Ecuador had withdrawn asylum it had earlier granted to Assange.

© Sputnik / Demond Cureton
Julian Assange Charges: What Are US, Sweden & UK Accusing WikiLeaks Founder of?
Assange gained fame after WikiLeaks published a large number of leaked files, including some referring to US military operations in Afghanistan and Iraq, and conditions in the Guantanamo detention camp.

Since 2012, Assange had been residing in the Ecuadorian Embassy in London to avoid extradition to Sweden, where he faced a probe over allegations of sexual offenses. Assange denied those allegations and called them politically motivated. While the Swedish police dropped the investigation in 2017, Assange was still wary of being extradited to the United States.