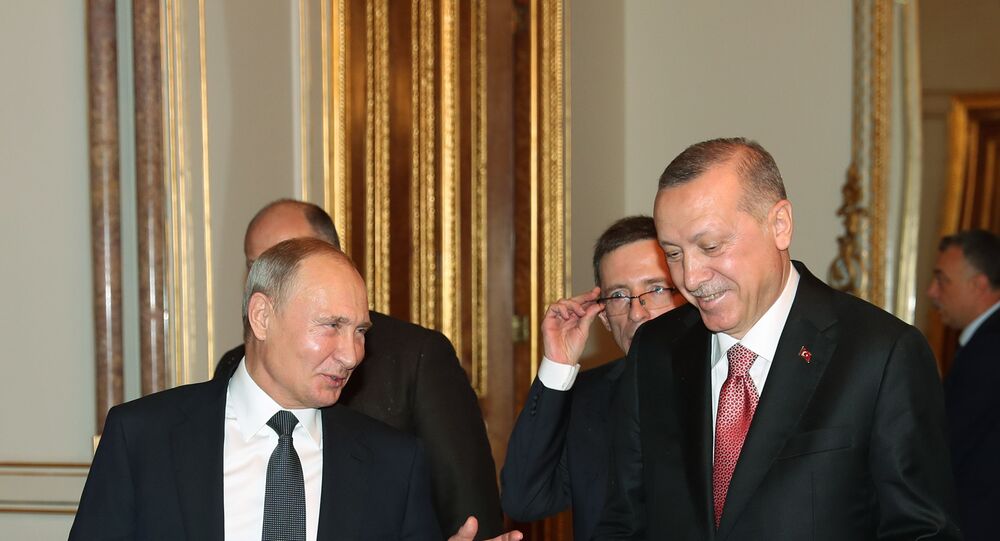 A number of bilateral documents on various subjects and interest areas are set to be signed during the visit.

The two leaders are expected to conduct a detailed exchange of views on a range of matters concerning Russian-Turkish relations, including the implementation of joint strategic energy projects. The allies will also compare their attitudes and stances on major regional and international issues, including Washington's plans in Syria and the delivery of Russian S-400 air defence systems to Turkey.

Turkish President Recep Tayyip Erdogan expressed hope that his country would soon switch to transactions in national currencies with Russia in order to be protected from currency market "manipulations."

"I would like transactions in national currencies [with Russia] to be in place soon, so that we are able to protect ourselves from manipulations in currency markets," Erdogan said at a meeting with Russian and Turkish businesspeople in Moscow, which was also attended by Russian President Vladimir Putin.

The TurkStream twin pipeline will have a maximum capacity of 31.5 billion cubic meters (1.1 trillion cubic feet) a year. The first leg will deliver Russian gas under the Black Sea to Turkey for local consumption, while the second leg is expected to carry gas to Southern and Central Europe.