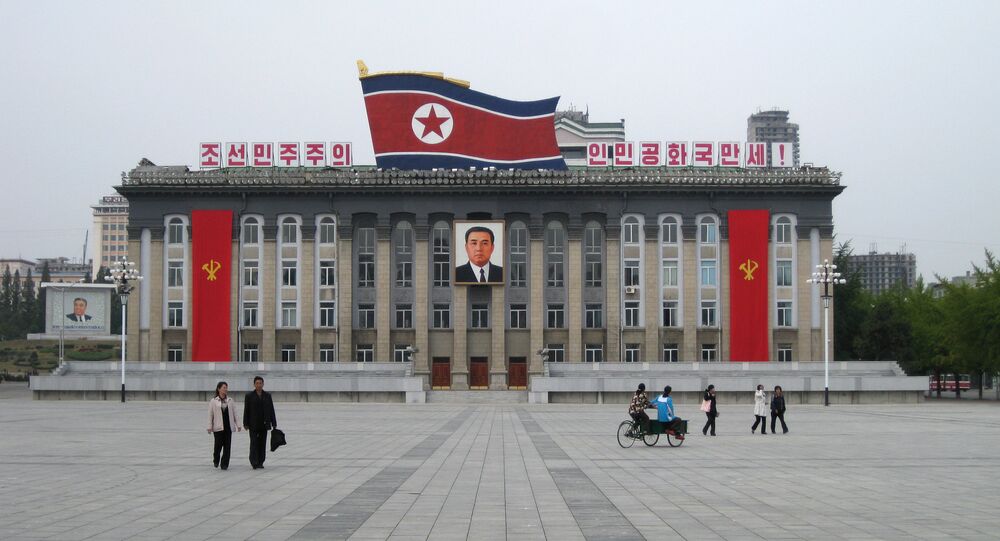 MOSCOW (Sputnik) - Increased sanctions pressure will not stimulate North Korea to give up its nuclear weapons because the country has been developing its nuclear program for decades in spite of any international restrictions, Special Representative for Korean Peninsula Peace and Security Affairs Lee Do-hoon said on Thursday.

"Sanctions are a means to deter North Korea from making bad decisions, but sanctions themselves cannot fundamentally resolve our problem… North Korea persisted in its nuclear development through decades of sanctions and pressure. To believe that stronger sanctions and more pressure would make North Korea suddenly give up its entire nuclear program is an illusion," Lee was quoted as saying by the Yonhap News Agency.

The official noted that despite February's fruitless Hanoi summit between North Korean leader Kim Jong-un and US President Donald Trump, that kind of high-level contacts and "meaningful working-level interaction" were the only way to break the deadlock in the denuclearization talks.

"Some argue that the Hanoi summit concluding without an agreement demonstrates the limits of the top-down approach, but looking back at what we have done in the past year, it is clear that the top-down approach is still very valid and the limitations do not outweigh the merits," the South Korean diplomat noted.

"When the dialogue resumes, the substantive early harvest is of utmost importance," the negotiator concluded.

© REUTERS / Larry Downing
US Not Planning to Ease DPRK Sanctions Until Full Denuclearisation - State Dept.
Pyongyang has been slapped with numerous UN and US sanctions for its nuclear and ballistic missile tests.

Negotiations at the Hanoi summit fell apart after Pyongyang said it wanted Washington to lift all sanctions on the country before it started denuclearizing, to which the United States could not agree.

Immediately after the summit, North Korean Foreign Minister Ri Yong Ho said that Pyongyang would have dismantled all of its nuclear material if the United States had only removed restrictions partially.