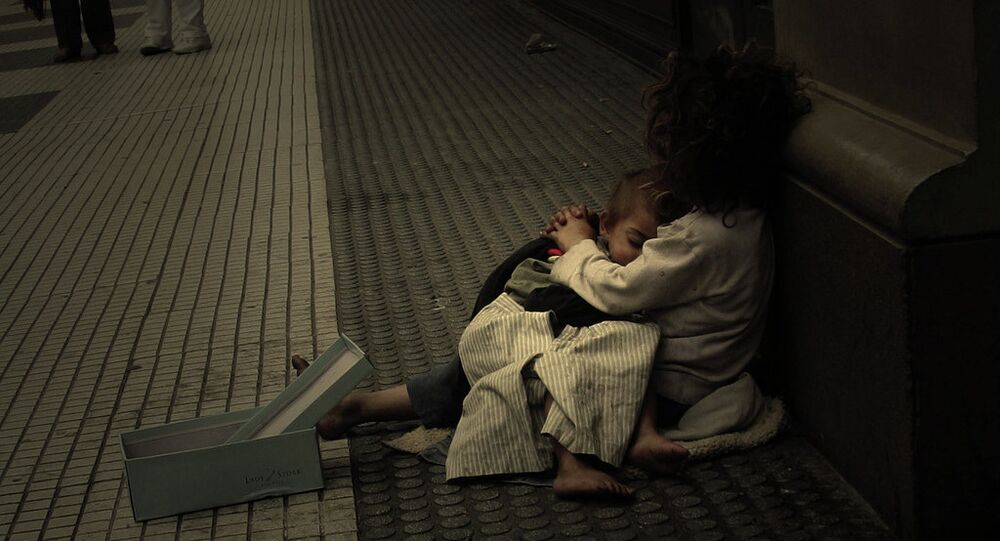 The report, released early Tuesday, highlights that the countries suffering the worst food shortage crises in 2018 were: Yemen, the Democratic Republic of the Congo, Afghanistan, Ethiopia, the Syrian Arab Republic, the Sudan, South Sudan and northern Nigeria. Almost 72 million residents in these countries faced "acute food insecurity," the report said.

The global report on food insecurity is released each year by the Global Network Against Food Crises. The report defines acute food insecurity as occurring when a "person's inability to consume adequate food puts their lives or livelihoods in immediate danger."

Nearly 33 million people in 10 countries in Africa went hungry in 2018 due to conflict and insecurity. Additionally, almost 23 million in Africa suffered acute food shortage due to climate change.

Courtesy of the Global Report on Food Crisis, 2019
Number of People in Africa in Integrated Food Security Phase Classification (IPC/CH) Phase 3 or above in 2019. Phase 3 is defined as "Acute Food and Livelihood Crisis"

Food and Agriculture Organization of the United Nations (FAO) Director-General José Graziano da Silva commented on the findings of the report during a two-day conference in Brussels, saying, "It is clear from the Global Report that despite a slight drop in 2018 in the number of people experiencing acute food insecurity — the most extreme form of hunger — the figure is still far too high."

"We must act at scale across the humanitarian-development-peace nexus to build the resilience of affected and vulnerable populations. To save lives, we also have to save livelihoods," he added.

"Boys and girls need to be well-nourished and educated, women need to be truly empowered, rural infrastructure must be strengthened in order to meet that Zero Hunger goal," Beasley said. "Programs that make a community resilient and more stable will also reduce the number of hungry people. And one thing we need world leaders to do as well: step up to the plate and help solve these conflicts, right now."

In 2017, the joint report indicated that some 124 million individuals faced food crises. Over the last three years, that statistic has surpassed the 100 million mark.