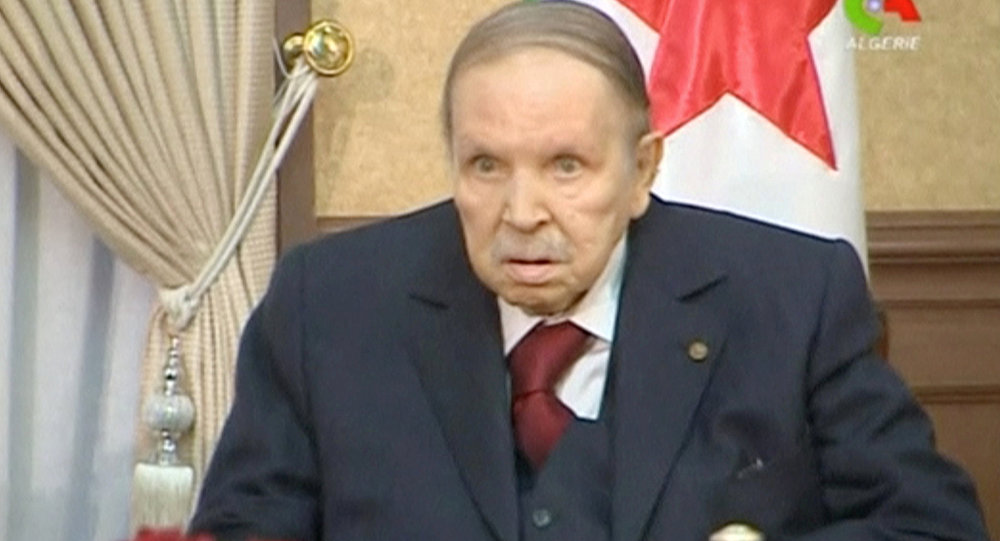 Abdelaziz Bouteflika has officially notified the president of the country's Constitutional Council about the decision to end up his term as the President of the Republic.

A meeting of the Constitutional Council is due to take place soon to discuss Bouteflika's petition to resign.

© AFP 2019 / RYAD KRAMDI
Bouteflika Must Leave With Honour Not to Drag Algeria Into Trouble – Politician
Last week, Algerian Army Chief of Staff Ahmed Gaid Salah said in a televised address that Bouteflika should be declared unable to govern under Article 102 of the country's constitution.

Article 102 suggests that a president suffering from a serious long-term illness is unable to fulfill his responsibilities, so, in this case, the Constitutional Council, after verification, can ask the parliament to consider vacating the presidency.

The resignation comes amid nationwide rallies as people went out on the streets to protest against Bouteflika's intention to run for the fifth term in the upcoming presidential election. Reacting on the protests, Bouteflika said that he would not run for a new term and postponed the election, but a new date has not been set yet.