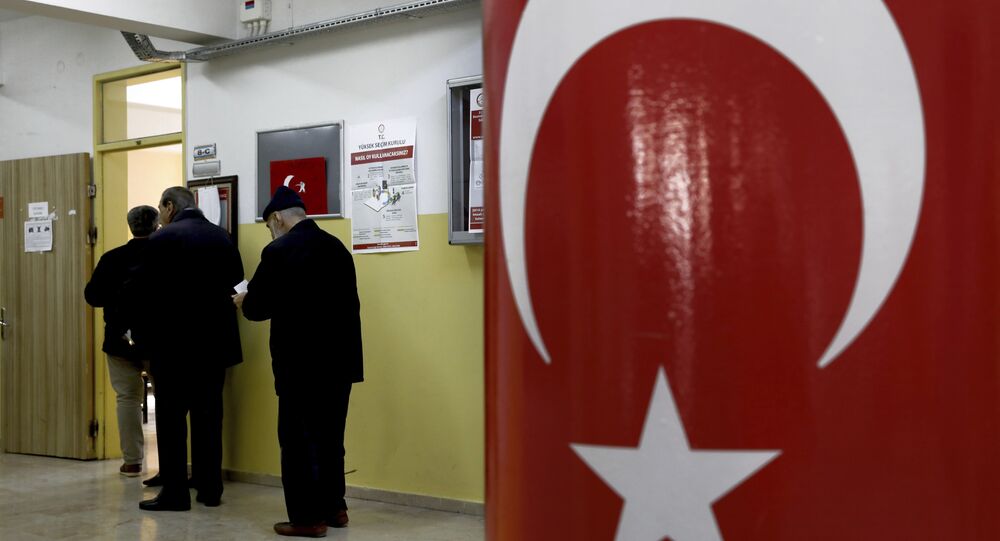 ANKARA (Sputnik) – Turkish ruling Justice and Development Party appealed the preliminary results of the election of the mayor of Istanbul, where an opposition candidate is leading, with the Central Election Commission (CEC), head of the Istanbul division of the party said Tuesday.

"Today, we have protested the election results in all 39 districts of Istanbul to the CEC," Bayram Senocak told reporters.

He stressed that AKP had evidence that 2,675 votes cast for Yildirim were not taken into account in the final protocols of the election commissions.

© AP Photo / Ali Unal
Erdogan Declares Ruling Party Victory in Turkish Municipal Elections
Media reports have recently emerged claiming that AKP candidates appear to have lost the mayoral elections in Ankara, Istanbul and Izmir, which are the country's largest cities. Meanwhile, the official results are expected to be announced in several days, after all appeals are reviewed.

On Sunday, Turkish citizens voted in municipal elections, choosing new mayors of cities, municipal leaders, heads of villages and members of village councils, among others. According to preliminary data, AKP's Binali Yildirim appears to have lost the Istanbul mayorship to the Republican People's Party (CHP) candidate Ekrem Imamoglu by a narrow margin.