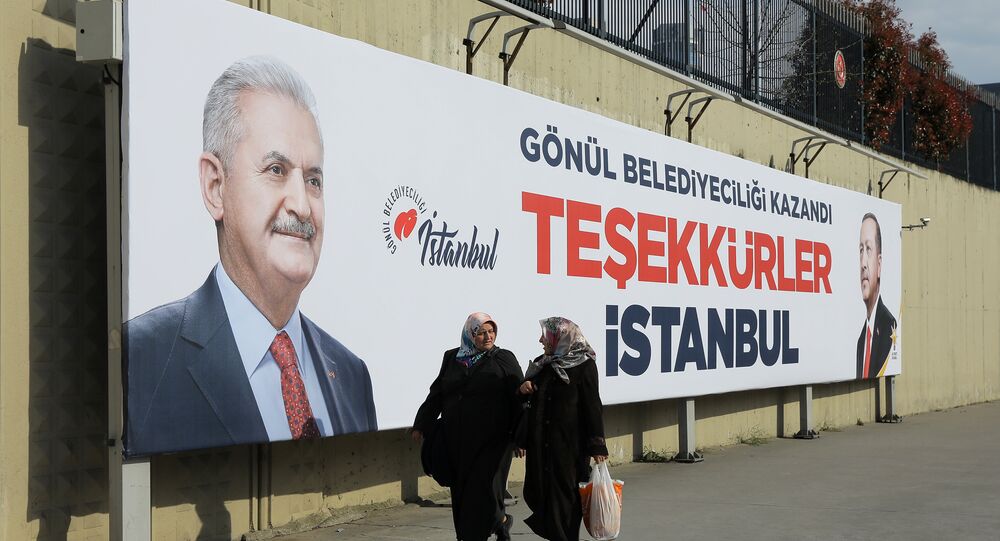 "The results of these elections reflect economic uncertainty the country has been living in for the past few years, as well as concerns about the government’s polarizing discourse," Yilmaz said.

He stressed the victory of the opposition CHP put a pressure on it to deliver.

"Let’s see how the opposition fares. Only time will tell how the local authorities treat the newly elected mayors," the lawmaker added, saying it was too early to predict how the AKP challenge of the results in Istanbul will play out.

Turks were voting for mayors of 30 metropolitan cities, scores of provincial capitals and hundreds of municipal districts, as well as for local assembly representatives and village administrators.

The AKP-led alliance has been triumphant in the municipal polls after winning 51.6 percent of votes. The CHP-led bloc came second with 37.5 percent. The Kurdish Peoples' Democratic Party was backed in the Kurdish-majority southeast.