MOSCOW (Sputnik) - The United Kingdom sold at least 5.7 billion pounds ($7.45 billion) worth of arms to the Saudi-led coalition fighting in Yemen since the start of the war in 2015, Sky News reported, citing figures released by the UK Department of trade agreements and compiled by a UK anti-arms trade organisation.

According to figures from the UK Department of International Trade, compiled by the Campaign Against Arms Trade organisation and released by Sky News, the UK government licensed 4.7 billion pounds worth of arms to Saudi Arabia alone. 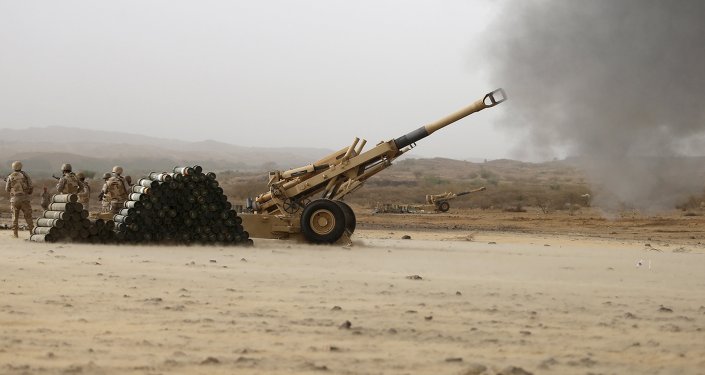 © REUTERS / Faisal Al Nasser
Saudi Coalition Will Strike Anything to ‘Win The War’ in Yemen, Even Civilians
Another 1 billion pounds worth of arms were sold to other members of the coalition. According to the media outlet, the total figure of UK arms sales could be much higher because the UK government sold the arms to the coalition through a type of open license that allows an uncapped number of items to be sent to the receiving country over five years.

The UK government is not obliged to disclose the total value of the licenses once they end, the outlet said.