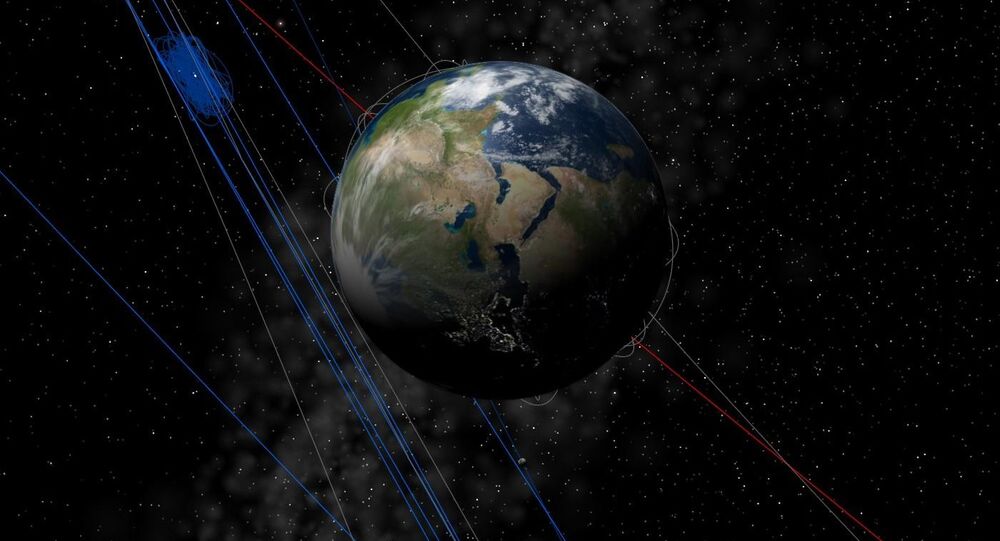 The development comes shortly after Indian Prime Minister Narendra Modi announced that New Delhi had conducted its first anti-satellite (ASAT) missile test on Wednesday, successfully destroying a low earth orbit satellite in space by using a missile which covered a distance of 300 km to engage the target.

Lt. Gen. David Thompson, the vice commander of US Air Force Space Command, has confirmed that India had carried out a successful test of an anti-satellite missile, adding that the United States knew that the test was coming in advance.

"We were aware that it [the test] was coming because of some flight bans that India had announced… First of all, let me say clearly, it was detected and characterised and reported by Air Force systems… Immediately after the test, it [the Indian missile] struck the target vehicle", Thompson said at the hearing of the US Senate Armed Services Committee's strategic forces subcommittee late on Wednesday.

According to the vice commander, the US forces are currently tracking around 270 objects in the area where the debris of the destroyed target vehicle is located.

Thompson also stressed that the International Space Station was not in any imminent danger at that moment.

Speaking to reporters during a visit to the US military’s Southern Command in Florida, Acting Defence Secretary Patrick Shanahan said that the United States was still studying the outcome of an anti-satellite (ASAT) missile India said it tested on Wednesday.

He warned any nations considering following India's suit risk making a "mess" in space due to debris fields the missiles can leave behind.

"My message would be: We all live in space, let’s not make it a mess. Space should be a place where we can conduct business. Space is a place where people should have the freedom to operate", Shanahan said.

While experts say that debris from such tests can jeopardise civilian and military satellite operations, as well as collide with other objects in space, India said that it had carried out the test, dubbed "Mission Shakti", in low-Earth orbit, which means that the remanants would "decay and fall back onto the Earth within weeks".

© CC0
Space is Common Heritage of Mankind, Every Nation Responsible For Avoiding Militarisation of Space - Islamabad
In the meantime, Pentagon spokesman Lieutenant Colonel Dave Eastburn was cited as saying by Reuters that the US military’s Strategic Command was tracking more than 250 pieces of debris from Mission Shakti and would issue "close-approach notifications as required until the debris enters the Earth’s atmosphere".

According to Eastburn, New Delhi and Washington have kept in touch, with the Indian side publicly issuing an aircraft safety advisory before the test-launch.

India has become the fourth country in the world to have used such an anti-satellite weapon after the United States, Russia and China, Prime Minister Narendra Modi said in a television broadcast on Wednesday.

"Our scientists shot down a live satellite 300 kilometres away in space, in low-Earth orbit. The missile travelled a distance of almost 300 km from earth and hit the target within three minutes of its launch. […] India has made an unprecedented achievement today. India registered its name as a space power", Modi said.

The prime minister also clarified that the new capability was not "directed against anyone", since India has long been opposed to the "weaponisation of space and arms race in outer space, and this test does not in any way change this position".

Indian officials also said that as per India’s understanding, the launch does not violate any international laws or treaty obligations.