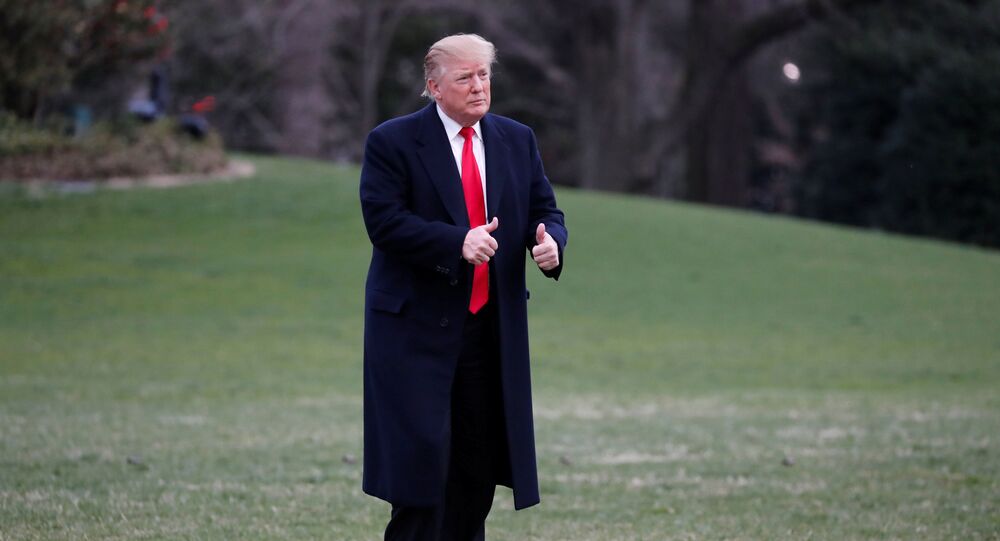 On Sunday, US Attorney General William Barr released a summary of Special Counsel Robert Mueller’s report, which found no collusion between the Trump campaign and Russia took place in 2016.

Sunday’s release of the key findings of Special Counsel Robert Mueller’s report claiming that that the Trump campaign did not conspire with Russia during the 2016 election may indicate “the start of a lengthy battle to see the entire Mueller report made public”, the BBC reports.

“Make no mistake, today was a very good day for Trump. While a bevy of inquiries into his presidency will grind on, the shadow of Mueller's investigation — hovering over the White House since May 2017 — has been lifted,” the BBC’s Anthony Zurcher noted.

He is echoed by CNN, which reports that after almost two years of being “under the cloud of the Russia investigation”, Donald Trump's presidency is “no longer directly under threat from the special counsel probe as the White House turns toward the 2020 campaign”.

Even so, Trump still faces “the spectre of more legal and congressional action from the other investigations that remain ongoing”, according to CNN.

CBS, in turn, specifically pointed to the Democratic Party’ negative reaction to the Muller report’s findings, citing Hakeem Jeffries, the fourth-highest ranking Democrat in the House as saying that the report should be made public so Americans can decide for themselves whether President Trump is a legitimate leader, an asset of the Russian government, a kingpin or a “useful idiot”.

The news network also quoted Democratic Representative Adam Schiff of California, the chairman of the House Intelligence Committee, as insisting that the Mueller report should be released to the public as soon as possible.

"I have great confidence in Bob Mueller's judgment as to who should be prosecuted or who should not. We're going to have to wait to see the report, and that report needs to be made public ASAP so we can evaluate the body of evidence on the issue of conspiracy and look at why Bob Mueller decided not to indict,” Schiff underlined.

NBC News reported in this regard that “it remains unclear whether Mueller's full report will ever be made public”.

Fox News, meanwhile, points to reaction of President Trump and his team, noting that the commander-in-chief “celebrated the outcome but also laid bare his resentment after two years of investigations that have shadowed his administration”.

READ MORE: Trump on Manafort Case: Judge Loudly Stated There Was NO COLLUSION With Russia

According to Fox News, despite the claims of exoneration Trump made in his Twitter remarks, “Mueller did not draw a conclusion one way or the other on whether he sought to stifle the Russia investigation through his actions, including the firing of former FBI director James Comey".

The Washington Post’s Marc Fisher clams, in turn, that the Mueller report “contains enough fuel for both sides to cling to their version of the truth”, suggesting that the next few months will see “more investigations and more division” on the matter.

Another think piece published by the Washington Post argues that President Trump and his supporters “moved quickly to capitalise on the findings of the Russia investigation — an unmistakable political victory”.

© REUTERS / Jonathan Ernst
Mueller Says His Report Doesn't Conclude President Committed Crime - US Judiciary Committee Chairman Nadler
The New York Times reports that “a cloud” over Trump’s presidency has been lifted and that “the end of the special counsel’s investigation fortified the president for the battles to come, including his campaign for re-election”.

The media reaction comes after US Attorney General William concluded in the summary letter pertaining to the Muller reports that “the special counsel did not find that any US person or Trump campaign official conspired or knowingly coordinated with Russia”.

Addressing the issue of obstruction of justice, the letter said that the special counsel report “ultimately determined not to make a traditional prosecutorial judgment”.

Mueller Report: Will It be a 2 Year Big Reveal or $25 Million Big Flop