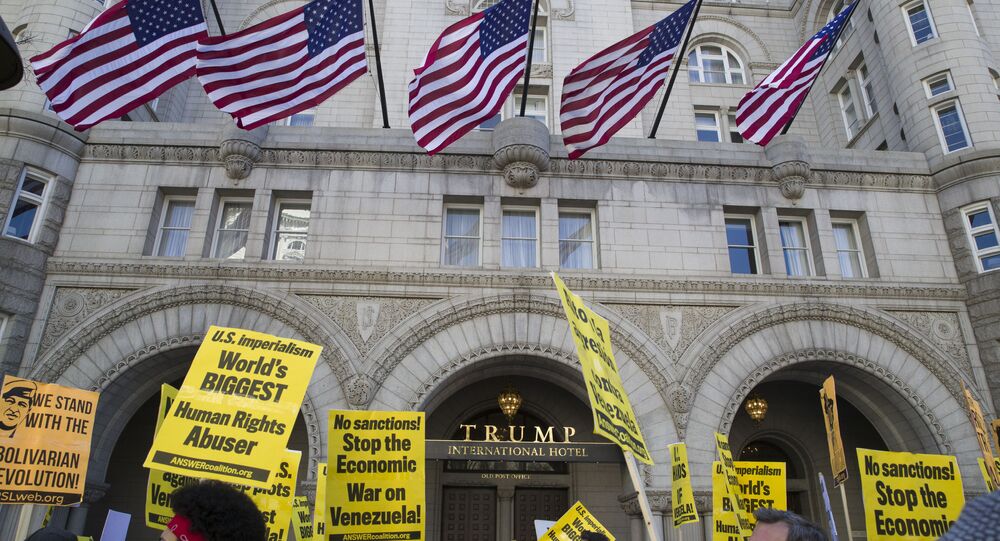 Russia Will Continue to Expand Cooperation With Venezuela Despite US Pressure

Deputy Foreign Minister Sergei Ryabkov said that Russia would warn Washington against interfering in Venezuela's affairs at a meeting with US Special Representative for Venezuela Elliott Abrams on 19 March in Rome.

"We will warn the United States against forceful intervention and other forms of unlawful influence on the legitimate authority in Caracas," the diplomat said. "Of course, we will explain why efforts should be made so that the intra-Venezuelan dialogue still begins."

According to him, "naturally" the issue of pressure on Russian companies for conducting economic activities with Venezuelan partners will be raised.

"Of course, we will emphasise that cooperation in all areas, which is conducted by Moscow and Caracas, is absolutely legal and has a definite history and significant scope," Ryabkov said.

He confirmed that his consultations with US Special Representative for Venezuela Elliot Abrams will be held in Rome on Tuesday. Earlier, consultations were announced by the State Department.

"The positions of Moscow and Washington on this issue are diametrically opposed, but this is not a reason not to speak. We will conduct relevant discussions," Ryabkov said.

© REUTERS / Larry Downing
State Department Encourages US Citizens to Leave Venezuela
The crisis in Venezuela escalated in January when Juan Guaido was elected president of the opposition-controlled National Assembly, which all other government branches have been refusing to recognize since 2016. Guaido then declared himself the country's "interim president", gaining almost immediate support from the United States and its allies.
...
Reddit
Google+
Blogger
Pinterest
StumbleUpon
Telegram
WhatsApp
380