WASHINGTON, March 11 (Sputnik) - US diplomats are scheduled to visit American citizen Paul Whelan, who has been arrested in Russia on charges of espionage, in Moscow prison on 15 March, his brother David Whelan said in a statement.

"They [diplomats] are currently scheduled to visit Paul on the 15th", the statement said.

The brother added that Paul Whelan's appeal against denial of bail will be heard by a Moscow court on Thursday, 14 March.

US consulate officials will visit US citizen Paul Whelan, who has been arrested in Russia on charges of espionage, in a pre-trial detention centre in Moscow, the US Embassy in Russia said earlier.

"We call on the Russian government to allow Mr Whelan to sign documents allowing his family to choose and hire a lawyer who will best represent his interests. Documents with parallel text in Russian and English have already been provided to the Lefortovo prison officials", the embassy said. 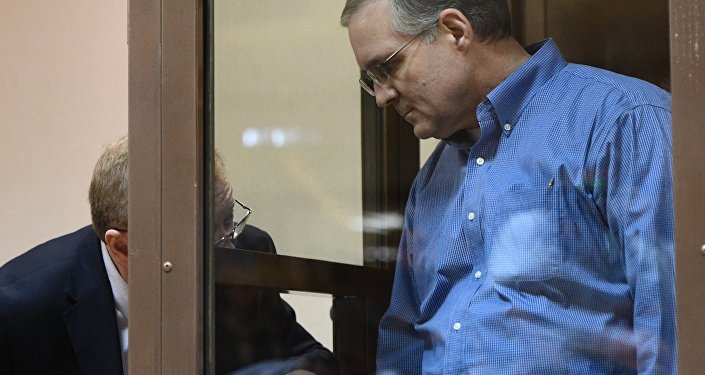 © Sputnik / Grigory Sisoyev
US Diplomats Visit Suspected Spy Whelan Who is in Custody in Moscow - Embassy
In February, a Moscow judge has extended Whelan's detention until 28 May.

Paul Whelan, 48, who holds US, UK, Irish and Canadian citizenship, was detained on charges of espionage in Moscow in late December and is facing up to 20 years in prison if convicted. He denied the charges and insisted he came to Russia to attend a friend’s wedding.