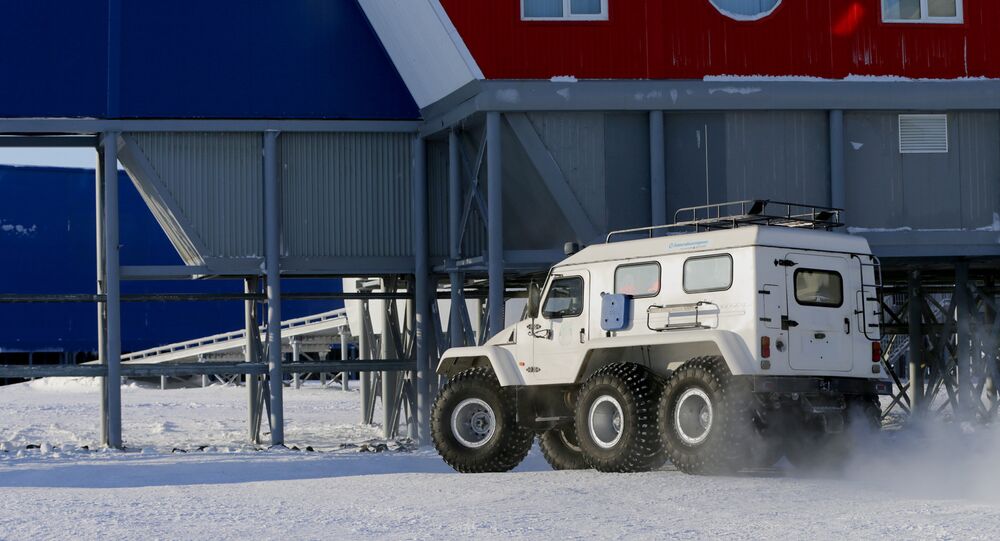 "In total, 475 facilities with an area of more than 710,000 square meters have been erected in the Arctic's Kotelny Island, Alexandra Land, Wrangel Island and Cape Schmidt over six years", Shoigu said during a meeting of the Defence Committee in the Russian lower house of parliament, the State Duma.

Moscow has been actively boosting its capabilities in the Arctic region, erecting military bases, launching icebreakers and ramping up the air and coastal defences. The country has also repeatedly tested weapons and weapon systems that were specifically designed to be deployed in the northernmost part of Earth.

READ MORE: Chinese HORRIFIED to Land in Arctic Russian Town Instead of Dining in Hollywood

© Wikipedia / US Navy
US General Says Washington Ready to Hold Russia Back in Arctic
Apart from Russia, there are many other international players that express their interest in the Arctic. One of them is the United States which is also increasing its military activities in the area. In late 2018 reports emerged that Washington was eyeing to re-open a Cold War-era Adak naval air base on the Aleutian Islands. The facility, situated at close proximity to Russia's north-eastern border, was operational between 1942 and 1997.

Moscow has repeatedly stressed that the Arctic is an area where Arctic Council member states (Canada, Denmark, Finland, Iceland, Norway, Russia, Sweden, and the United States) should work for constructive dialogue and conflict-free partnership.