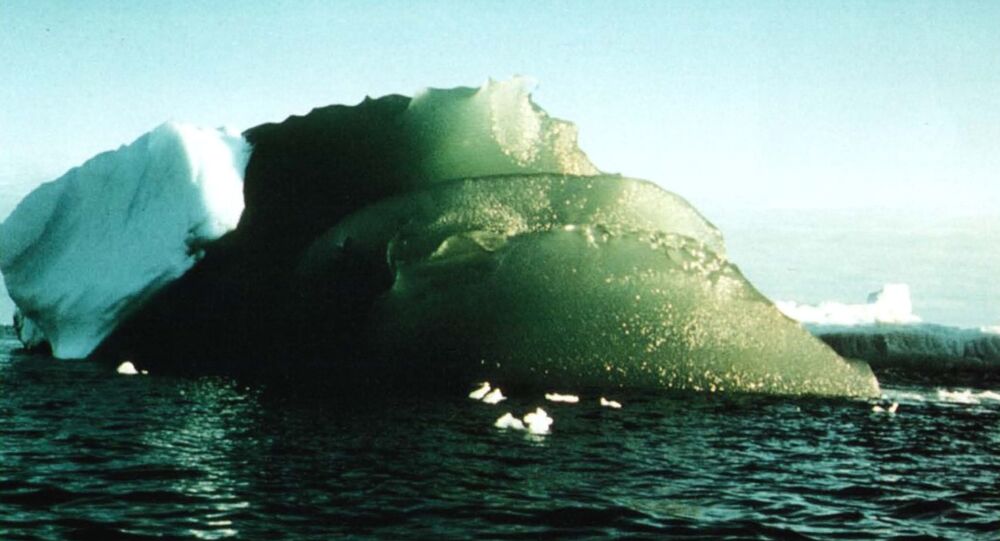 Scientists have apparently come up with a new explanation for a phenomenon that has left researchers across the world scratching their heads for over a century.

A team of glaciologists from the University of Washington claim to have solved the enigma of emerald green icebergs floating around Antarctica, and suggested that the reason behind it is iron oxide.

READ MORE: UK Shuts Down Antarctic Base Over Fears HUGE Iceberg May Break Off From Mainland

In a study published in the Journal of Geophysical Research: Oceans, they made an assumption that significant amounts of iron oxide in rock dust from Antarctica’s mainland are trapped in the ice.

“Previously, dissolved organic carbon had been proposed to be responsible for the green colour. Subsequent measurements of low DOC values in green icebergs, together with the recent finding of large concentrations of iron in marine ice from the Amery Ice Shelf, suggest that the colour of green icebergs is caused by iron-oxide minerals than by dissolved organic carbon”.

According to the research, such icebergs act as a delivery service, carrying iron oxide into those parts of the ocean, where there’s a scarcity of the element. Once the surface ice melts from the ‘berg, it releases the iron oxide, which is a key nutrient for phytoplankton.

“It’s like taking a package to the post office. The iceberg can deliver this iron out into the ocean far away, and then melt and deliver it to the phytoplankton that can use it as a nutrient. We always thought green icebergs were just an exotic curiosity, but now we think they may actually be important”, said Stephen Warren, a glaciologist at the University of Washington.

Warren, who has been studying the green-tinged hunks of ice for over 30 years, took the first sample from one of them back in 1988, near the Amery Ice Shelf of East Antarctica.

“When we climbed up on that iceberg, the most amazing thing was actually not the colour but rather the clarity. This ice had no bubbles. It was obvious that it was not ordinary glacier ice”, Warren stated.

The researchers will need to sample more icebergs and chemically analyse the minerals to determine whether their assumptions are correct. If the theory holds, the green-hued chunks of ice may be an essential means of transport for iron to remote areas in the Southern Ocean.