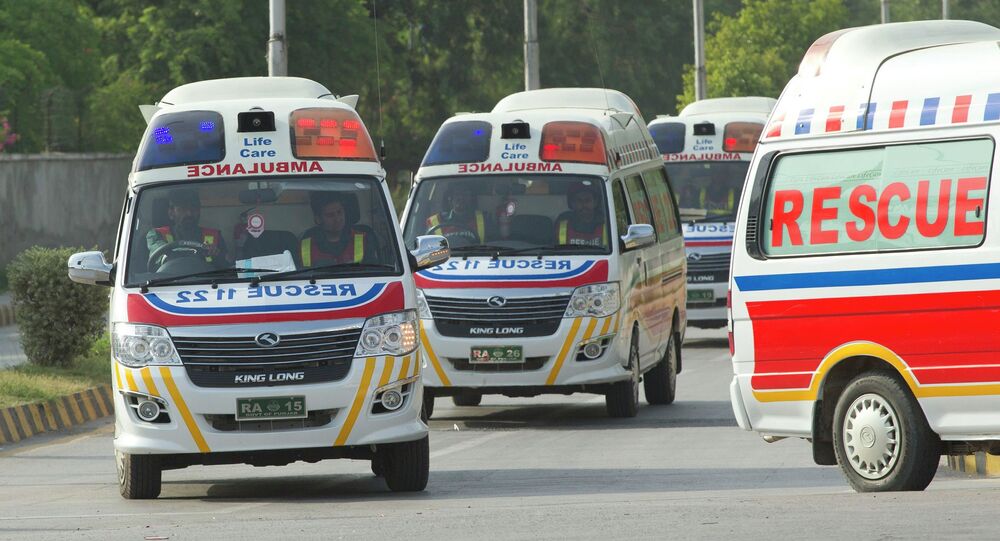 MOSCOW (Sputnik) - Rescuers have found the bodies of an Italian and a UK climber who went missing while ascending Pakistani Nanga Parbat mountain, Italian Ambassador to Pakistan Stefano Pontecorvo said on Saturday.

"With great sadness I inform that the search for @NardiDaniele and Tom Ballard is over as @AlexTxikon and the search team have confirmed that the silhouettes spotted on Mummery at about 5900 meters [19,356 miles] are those of Daniele and Tom. R.I.P. [Rest in peace] #NangaParbat," Pontecorvo wrote on Twitter.

He added that though the bodies were in a hardly accessible place, everything possible would be done to try to recover them.

Pakistan launched its search and rescue operation last week, while on Monday a team of Spanish rescuers, headed by climber Alex Txikon, arrived at the area. On Thursday, Txikon identified two silhouettes on the Mummery Spur route that the two men had taken, and after that shortly suspended searches resumed.

Nanga Parbat is nicknamed "Killer Mountain" due to the great number of fatal incidents that have taken place there. The first successful winter ascent of the mountain took place only in February 2016.