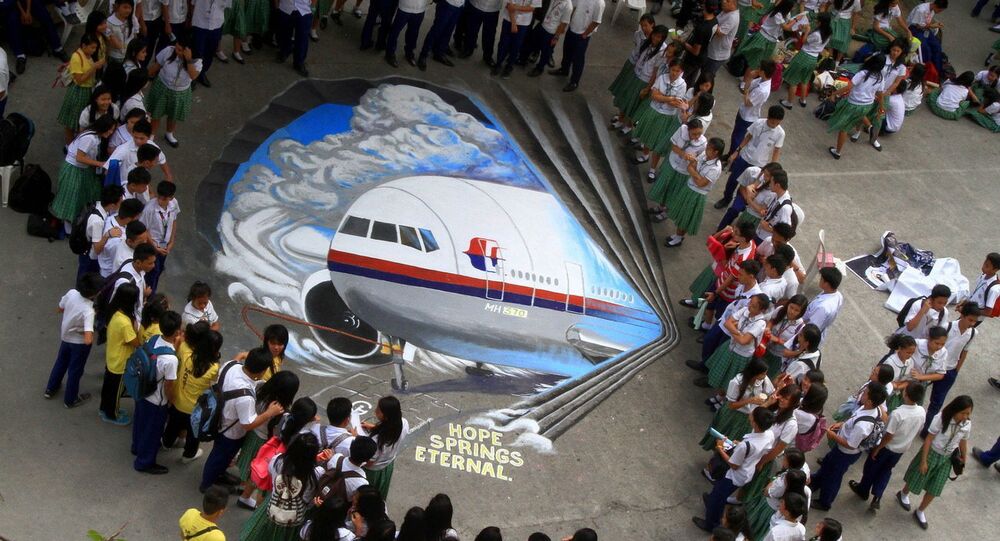 Five years after the disappearance of Malaysia Airlines flight MH370, the world is still far from solving its mystery. Theories range from hijacking to an interception by military jets, with the wildest ones suggesting that the Boeing's pilot deliberately crashed the airliner to elope with his mistress and start a new life.

Air safety expert John Cox, the founder and CEO of aviation consulting firm Safety Operating Systems, is adamant that the pilot deliberately crashed the ill-fated MH370 into the ocean.

"That leads to the follow-up set of questions as to who has the knowledge and the opportunity to take that deliberate act, and that narrows the field significantly, and the most likely candidate would be the captain," he continued.

Cox, himself a decorated pilot with over 14,000 hours of flight time, cites radar data, which showed that the plane radically diverted from its flight plan from Kuala Lumpur to Beijing and headed back across the Malaysian Peninsula.

It then flew along the border of Malaysia and Thailand, crisscrossing into the airspace of both countries, flew past Penang, the home island of captain Zaharie Ahmad Shah, and turned toward the southern Indian Ocean, where most experts believe it crashed after running out of fuel.

"When the airplane makes a turn it goes straight down the international boundary line, the IFR boundary," Cox was quoted as saying. "It goes in and out, and it goes to Penang where it makes a right turn and it goes almost precisely down the middle of the Strait of Malacca, then it makes a left turn.

"So to get the airplane to do that requires very specific programming of the flight managing computer: a deliberate act," Cox opined. "Or it requires several interventions and precise commands of the airplane, it's a commanded act."

MH370's ACARS data reporting system was shut off 35 minutes into the flight; the transponder, which communicated with ground controllers, was disabled minutes later, when the plane was near the border between Malaysian and Vietnamese air traffic control.

According to Cox, this means that a technical malfunction was not the case with MH370: "If you look at the moment of the turn, the airplane's transponder goes dark and the ACARS goes dark for whatever the reasons are."

"But the power supply to the SATCOM system remains active, and if you look at the design of the electrical system in a Boeing 777, the transponder is on a more protected part than the SATCOM is," he added.

He concluded that the plane likely crashed because of the suicidal pilot, but his motives are still unclear. "We know it was a deliberate act, we know it went to fuel exhaustion, from an investigator standpoint we've met our task, we've determined probable cause."

"The most baffling part for me is why, why it was done? No one took credit for it, no one said hey it was ISIS, or this or it was done for this reason, it is just this very posing question, this very predominant question of which there is no answer."