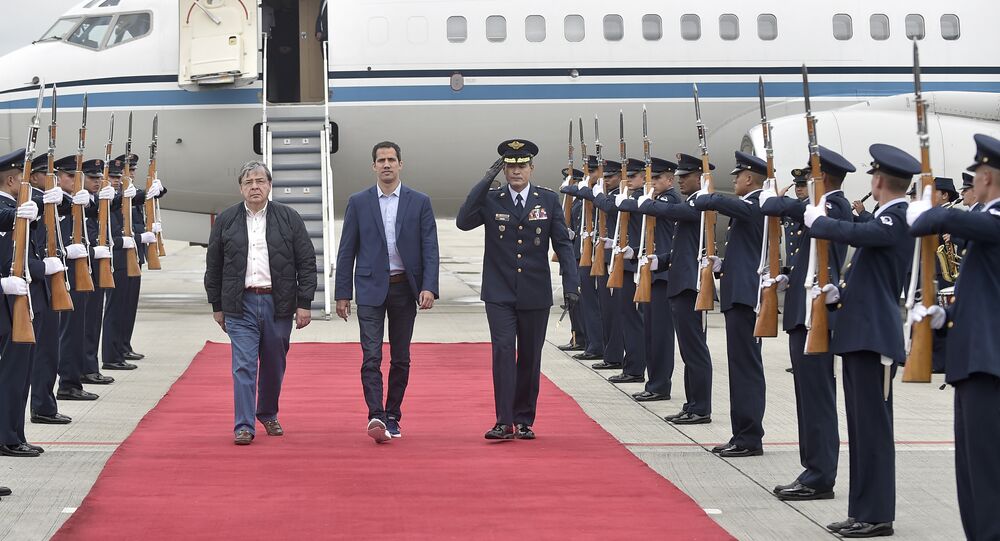 His comments come after the Venezuelan government expelled the German ambassador, who welcomed the opposition leader at the Caracas airport on Monday. Germany has earlier supported sanctions on Venezuela, which were initially imposed by the United States in a bid to force out President Nicolas Maduro.

Venezuela's self-proclaimed interim president Juan Guaido has described the expulsion of the German ambassador by Caracas as a threat against Germany, which threw its weight behind the opposition leader.

"Venezuela lives under a dictatorship, and this [action] represents a threat against Germany," Guaido said in an interview with Der Spieger, adding that he'd asked the German envoy to stay in the country.

He also insisted that the European Union should "clearly reject" the expulsion and tighten the financial sanctions against the embattled Nicolas Maduro.

"Venezuela is free and independent, so the actions of diplomatic representatives which support intervention in matters of exclusive competence of the people and the authorities of the Venezuelan state, are not and will not be accepted," read a statement by Venezuelan Foreign Minister Jorge Arreaza.

Germany said the move would only escalate tensions and reaffirmed its support for Guaido.

The decision to kick out Kriener came after he, along with a group of Western diplomats, greeted Juan Guaido at the Caracas airport on Monday. Guaido had returned home from a tour of allied South American nations, which was organised in defiance of a government-issued travel ban in a bid to ratchet up pressure on Maduro.

Last week, the German foreign ministry endorsed US sanctions against Venezuelan President Nicolas Maduro and his allies, adding that the European Union, like the US, had already targeted "certain members of the regime". A government spokesman clarified that Berlin supported the extension of "further sanctions" against Caracas, and was "in close contact" with other European states on the issue.