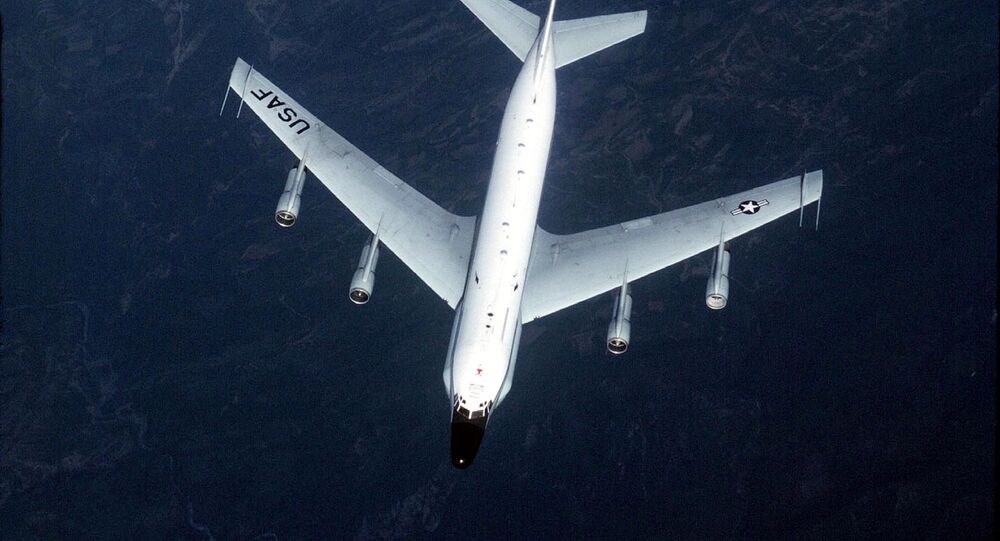 The video was released after the Russian Defence Ministry said on Wednesday that a Su-27 fighter jet on air defence duty had been scrambled “to identify the origin of the target and intercept it”.

The Russian Defence Ministry has published a short video of a Su-27 fighter intercepting an American RC-135 spy plane over the neutral waters of the Baltic Sea near the Russian border.

The footage, which was captured from the Su-27’s cockpit, shows the super-manoeuvrable Russian warplane safely approaching from behind and chasing the US reconnaissance plane. The exact time of the interception was not revealed.

#Video A Russian #Su27 fighter of the air defence on-duty forces made a sortie for interception of a #US Air Force's #RC135 reconnaissance aircraft over the neutral waters of the #BalticSea https://t.co/fbo8lz0kW9 @RusEmbUSA @mfa_russia #Interception pic.twitter.com/Wx8lNaXiYp

The video followed the Russian Defence Ministry saying in a statement that the on-duty Su-27 jet was scrambled “to identify the origin of the target and intercept it” over the Baltic Sea.

“The Su-27 jet returned safely to its home base after the foreign aircraft flew away from the Russian border”, according to the statement.

The past few years have seen more foreign spy planes snooping near Russia's borders. The most recent incident before the RC-135 encounter was reported in late January, when the Russian military said that a Su-27 fighter jet was scrambled to identify and intercept a Swedish reconnaissance aircraft.

Black Sea: Russian Fighter Greets US Spy Plane So Hard That It Scurries Away