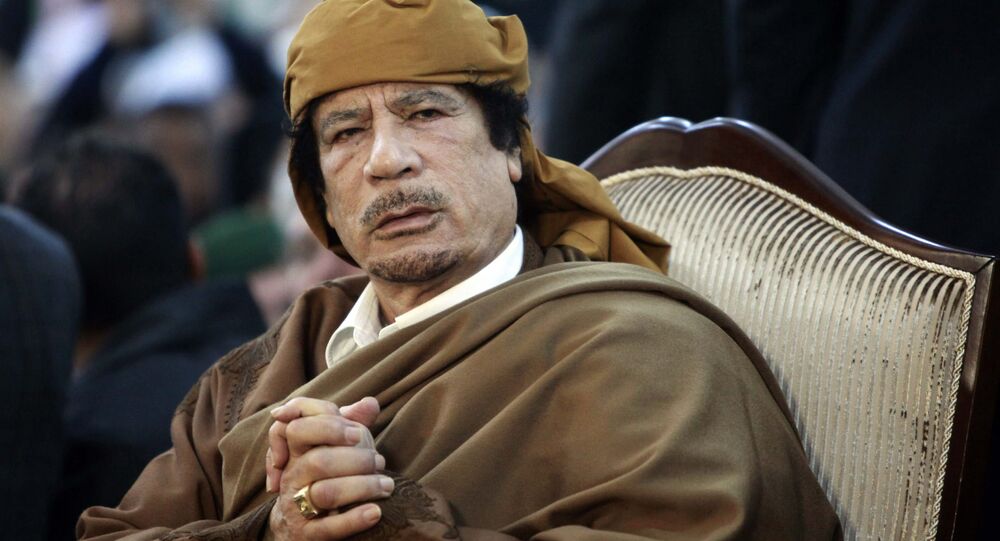 The United Nations and Belgian authorities are currently conducting parallel investigations into the alleged unblocking of frozen bank accounts of former Libyan leader Muammar Gaddafi who was overthrown and killed in October 2011.

“The UN Security Council’s Libyan Sanctions Committee has ruled that unblocking interests on deposits of the Libyan government of Muammar Gaddafi [at Euroclear Bank in Brussels] runs counter to the sanctions regime," Le Soir said, adding that the ruling was made back on 17 December 2018, but that the document “remained unnoticed”.

Acting Belgian Prime Minister Charles Michel, for his part, declined to comment on the matter.

The UN ruling comes after the Brussels prosecutor's office reported in December that Belgian investigators interrogated a former finance ministry official in connection with their probe into an alleged withdrawal of several billion euros from Gaddafi’s suspended accounts in Belgian banks.

In February 2011, the United Nations froze all foreign accounts belonging to Gaddafi's government, just months before he was overthrown and killed.

© Sputnik / Alexei Druzhinin
Libya Investigates Who Benefited From Gaddafi's Billions Frozen in Belgium
About a month prior to Gaddafi's death in October 2011, the UN Security Council partially softened its sanctions against Libya. On the basis of UN Security Council Resolution 2009, a group of EU advisers on international affairs decided in November 2011 that there were no longer any grounds for blocking interest payments on frozen bank accounts of Libyan authorities.

Media reports claimed that the Belgian Finance Ministry was guided by this decision when paying interest on Libyan assets.